You are here: Home / Ship Stability / The Inclining Experiment – Ascertain the GM of Vessel 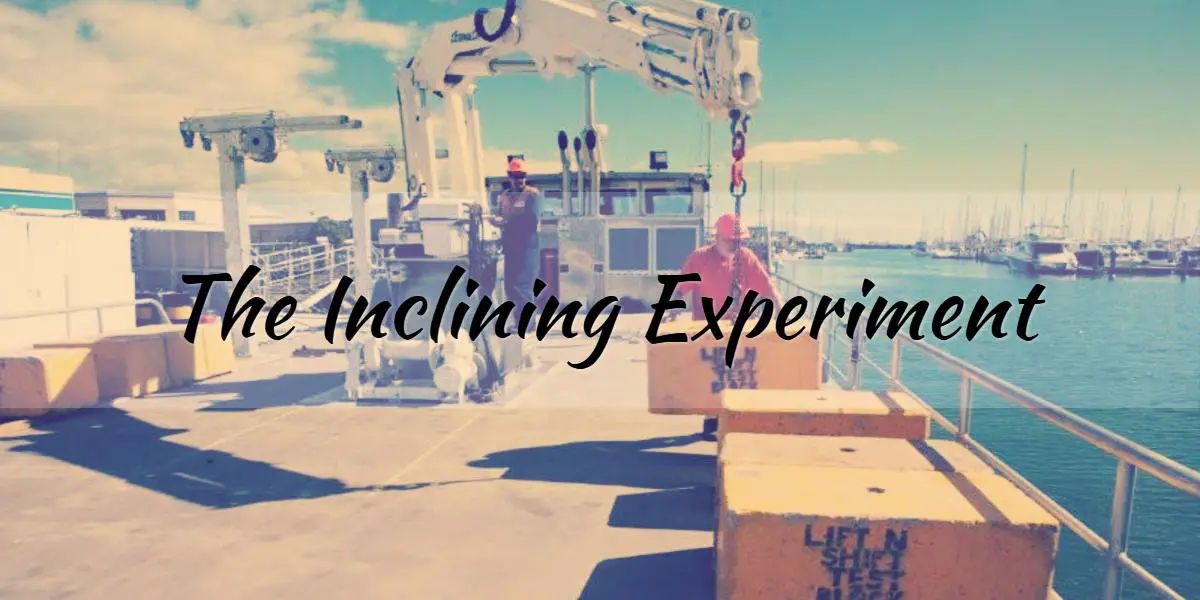 Ship’s stability calculations not only rely on the ship’s geometry but also on the knowledge of where the ship’s centre of gravity (G) is positioned. Although the distance of G from the keel can be ascertained for various conditions that the ship may be in, it is essential that it is accurately known for one specified ship condition.

To this end, the need to carry out an inclining experiment becomes necessary and from this, two facts should become known:

The inclining test is carried out to find the lightship KG at the lightship displacement. It is sometimes known as a ‘controlled list experiment’. By conducting the experiment by means of a series of weight shifts, the GM of the vessel can be ascertained under the test condition. This GM value can then be compared with the ship’s KM to obtain the vessel’s KG value: KM – GM = KG

The environment of the dry dock is ideal for performing such a stability check. While the vessel is in the dock, it is usually in its light condition, the water is still and the facilities for moving known weights are readily on hand.

Conditions for Carrying Out the Inclining Experiment

The ship in an upright position, in its light condition, is fitted with a wire plumb line suspended from a high point on the transverse centre line. The ‘plumb bob’ on the end of the line is set into a horizontal trough of light oil or other viscous substance to dampen the movement of the plumb bob, once the vessel is inclined. Fastened to the edge of the trough is a graduated scale batten, measured in millimetres. 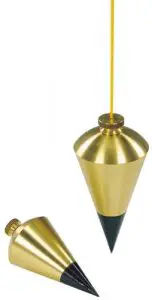 The inclining weights are then placed on board, preferably by the dockside cranes. These weights are usually fitted with a wheeled platform to assist movement on board the vessel, throughout the period of the experiment. Finally, all non-essential persons are sent ashore and the gangway is landed.

Conduct of the Experiment

The vessel is then caused to be listed over, by moving the weights of the ship’s centre line, to a measured, accurate distance in a horizontal direction.

Because the exact weight and the exact distance are known, a set of listing moments can be obtained.

Unless the displacement value is known, it would be usual practice to carry out a draught survey prior to conducting the experiment in order to obtain the exact displacement figure. 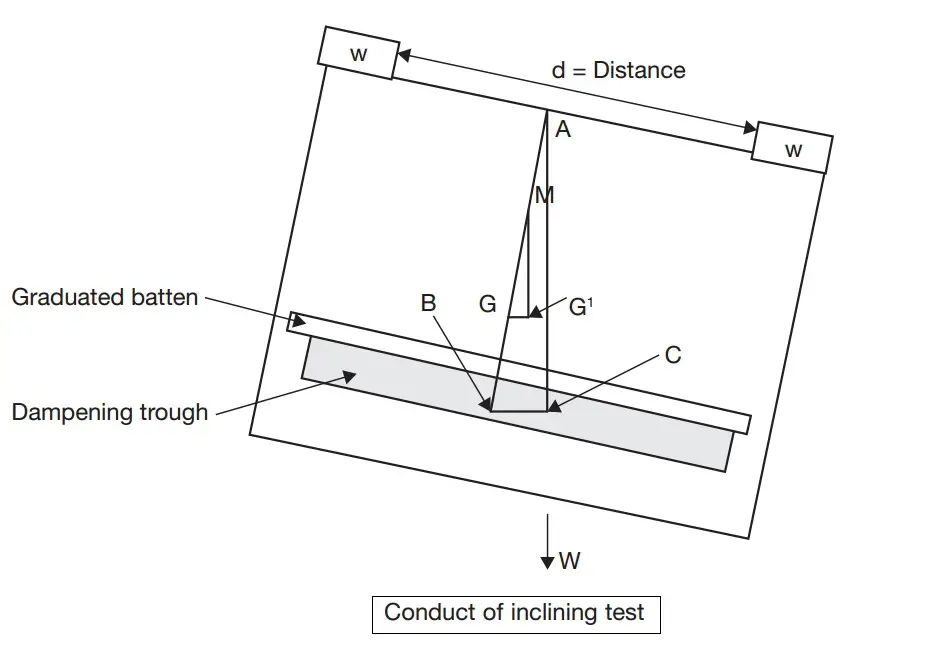 A vessel is to undergo an inclining test in the following condition:

Take moments about the keel: