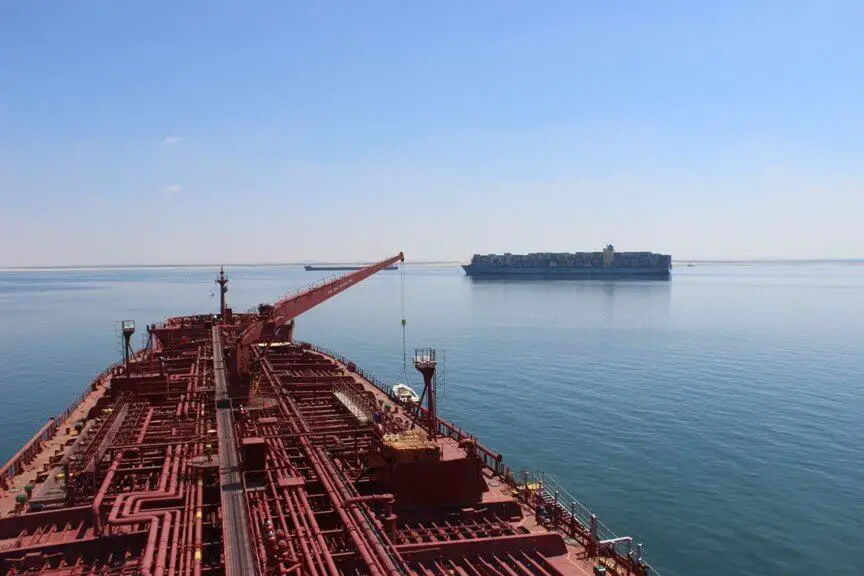 Ship Handling and Maneuvering is defined as the art of proper control of a ship while underway, especially in harbours, around docks and piers. It is one of the skills that any ship handler finds very satisfying when well accomplished. The most basic thing to be understood in ship handling is to know and anticipate how a ship behaves under all circumstances and what orders should be given in order to make the ship behave and move exactly the way you want her to. The difference between the ships’ heading and the actual direction of movement of the ship should also be constantly attended to as this is essentially important at slow speeds and when there are wind and current. 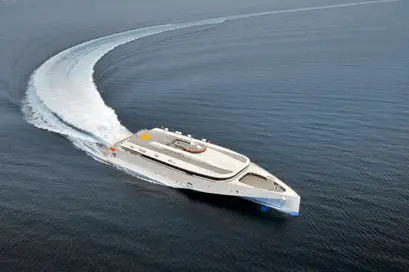 Vessels also have other behaviors worth noting when her maneuvering equipment is in operation. Depending on the type of propeller, a ship with a single propeller when run ahead from stop cants to either port or starboard; when to put astern from stop the stern cants at a fast rate to port or starboard. When a ship has headway and the rudder is put over to one side, the bow turns to the same side where the rudder is turned. Thrusters, on the other hand, move the vessel’s end sideways. Thrusters, depending on its design increase its effectiveness as the vessel slows down.

Factors and forces that commonly constitute a change in a vessel’s behavior while being maneuvered:

Effects of external forces:
The effects of external forces may become advantageous or disadvantageous to the ship handler. It is best that these effects are foreseen beforehand so that necessary steps to counter or make use of them during the maneuver are made. As some experts put it; “ the art of ship handling involves the effective use of the forces under one’s control to overcome the effects of external forces”.
Among the external forces, the effects of the wind and current are the most important. These forces greatly affect the movement of the ship. When there is wind blowing on one side of a high sided ship moving ahead, she will not move along the line of the intended course line but rather drift towards the lee side of the ship. Likewise, if a current is acting on one side of a ship, she will behave in the same manner, that is, she will be moving diagonally in the direction where the current is setting although her heading is on the course steered. To attain the desired track we make allowance for set to compensate for a current and allowance for leeway to compensate for the wind. Always bear in mind that currents affect ships more than the wind and allowances made to compensate for these factors are called set because generally it is not possible to separate the difference. If a ship steers a course of 270 degrees, and the current is setting north, she will deviate considerably towards the north from the course line. The angular difference between the ship’s heading and the course made good is called the drift angle. 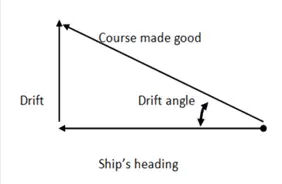 The set, drift and drift angle can be estimated graphically or by mathematical calculation. This drift angle is applied opposite to the set of the current in order that the ship will progress along the intended course line. The factors affecting the drift angle depend on the load condition of the ship, the speed of the ship, the velocity of the wind or rate of the current and their direction relative to the ship’s fore and aft line. Then there is also the effect to the ship’s speed if the wind or current is ahead or astern.