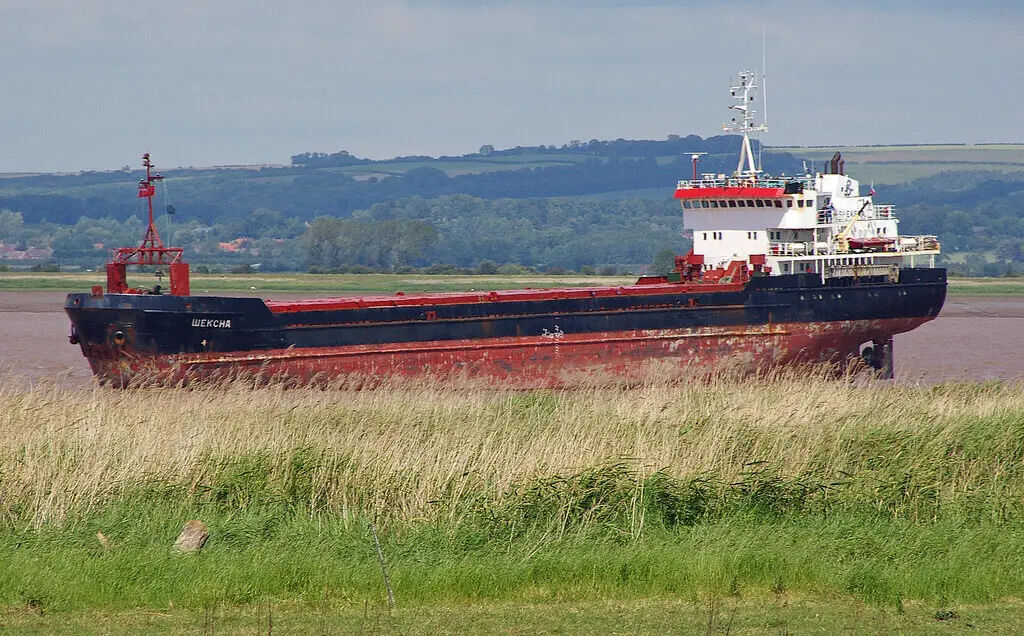 • As the hull moves through shallow water, the area which it displaces is not so easily replaced by surrounding water, therefore, leading to a state of partial vacuum as the propeller and rudder are still working. The vessel take-ups longer to answer her helm, and response to engine movements becomes sluggish.

• In these circumstances, vibration will be set up, and it will be extremely difficult to correct a yaw or sheer with any degree of rapidity.

• At normal speed it is found that steering becomes erratic when the depth of water is equal to, or less than, one and a half times the deepest draught, i.e. a vessel drawing 8 m maximum draught will develop unsteady steering in water of depth 12m or under.

• When a ship Nearing an extremely shallow depth of water, such as a shoal, she is likely to take a sudden sheer, first towards it and then violently away. This is called smelling the ground, and the movements of a sluggish ship may suddenly become astonishingly lively.

• Due to the fact that the water displaced by a hull moving through shallow water is not easily replaced, the bow wave and stern wave of the vessel increases in height. Further, the trough which normally exists under the quarter becomes deeper and after part of the ship is drawn downwards towards the bottom. By reducing speed, the wave heights and trough depth will be diminished, and the vessel will not, therefore, close the bottom or squat.

• The speed of a vessel moving in shallow water should always be moderate; if the speed is increased the keel will close with the ground and the ship will sheer about unpredictably. If the bow wave and stern wave are observed to be higher than is prudent speed should be reduced – but not suddenly. If the speed is taken off rapidly the stern wave will overtake the vessel and cause her to take a sheer, which in a narrow channel could be disastrous.

Summary of shallow water effect on manoeuvring include:

Effect of Shallow Water on Turning: 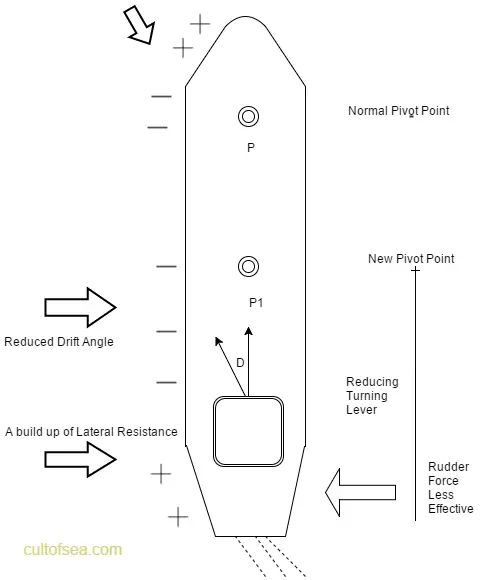 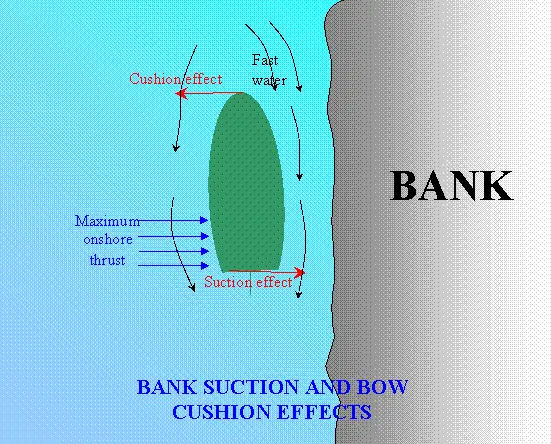