You are here: Home / Safety / Lifebuoys 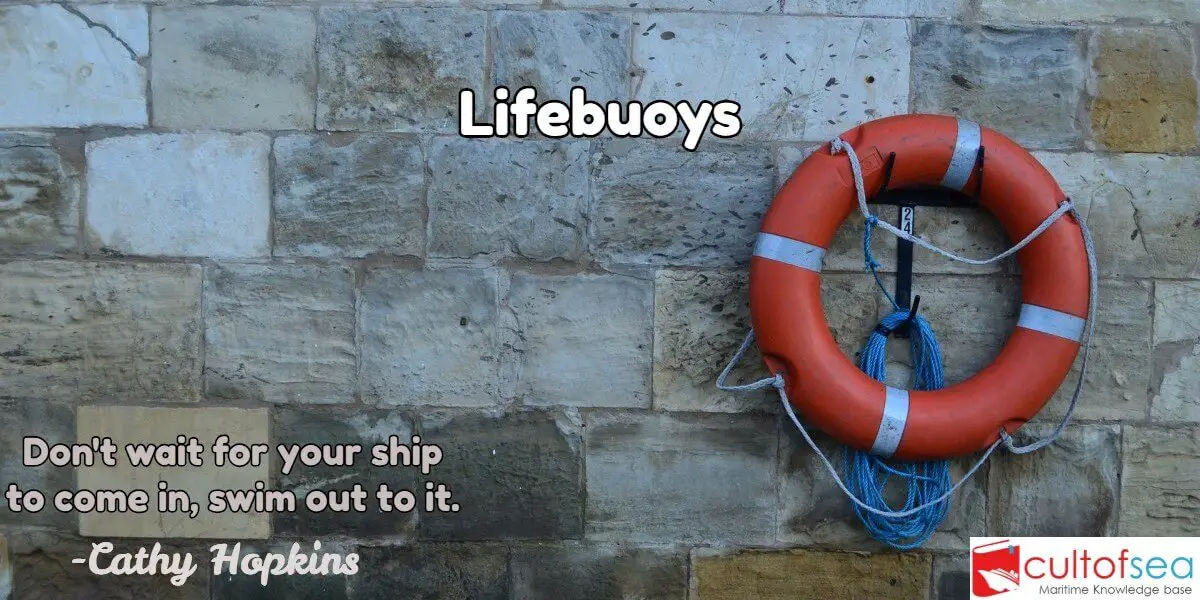 NUMBER OF LIFEBUOYS CARRIED BY CARGO SHIP AS PER SOLAS

Cargo ships shall carry not less than the number of lifebuoys complying with the requirements of the Code prescribed in the following table:

Length of ship in meters Minimum number of lifebuoys

Self-igniting lights for lifebuoys on tankers shall be of an electric battery type.

NOTE :- Lifebuoy used close to the pilot ladders for receiving the pilots shall not be provided with the lifeline as it may foul the propeller of the pilot boat if used in case of emergency hence only the lifebuoy with light is used for the pilot embarkation and the separate rope is used as the heaving line. (Refer SOLAS CH V REG – 23.7.1.2)