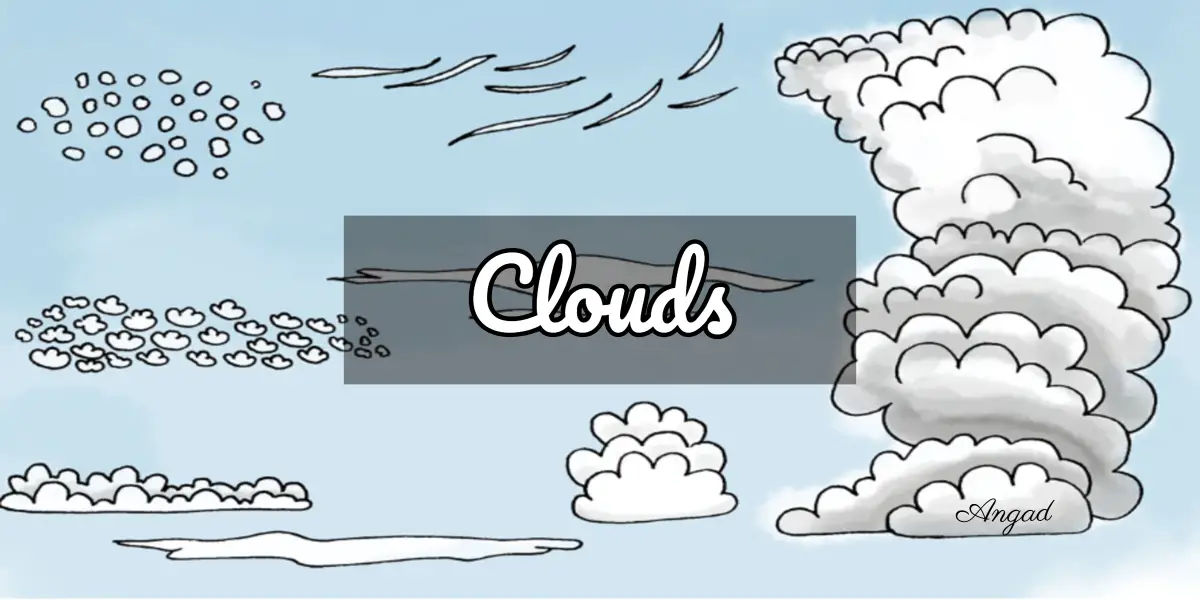 Clouds are a collection of water droplets or ice crystals, or a combination of these two states of water, suspended in the atmosphere.

The temperature of the air decreases steadily with increasing altitude, but the amount of water vapor does not necessarily decrease with altitude. Thus, the relative humidity typically rises with altitude. If it rises to 100% at a certain level, clouds can form at and above that level, because condensation forms on airborne dust particles.

The development of clouds is accelerated by atmospheric updrafts, when moist air ascends to great heights. The higher the relative humidity, in general, the lower the altitude at which clouds begin to form. On a rainy day, clouds are usually observed at low altitudes, and in the extreme case, they form on the ground. Then they are called fog.

Meteorologists and aviators speak of the cloud ceiling (often simply called the ceiling). This is the altitude of the bottom of the lowest layer of clouds, measured with respect to either sea level or the earth’s surface. Clouds form in a variety of shapes and patterns. Meteorologists have several different classifications for tropospheric clouds. Clouds are named according to their relative altitude and their general shape. Clouds associated with weather at the surface occur at altitudes from sea level to the top of the troposphere. Nacreous clouds and noctilucent clouds form above the troposphere, and are not directly associated with weather at the surface. 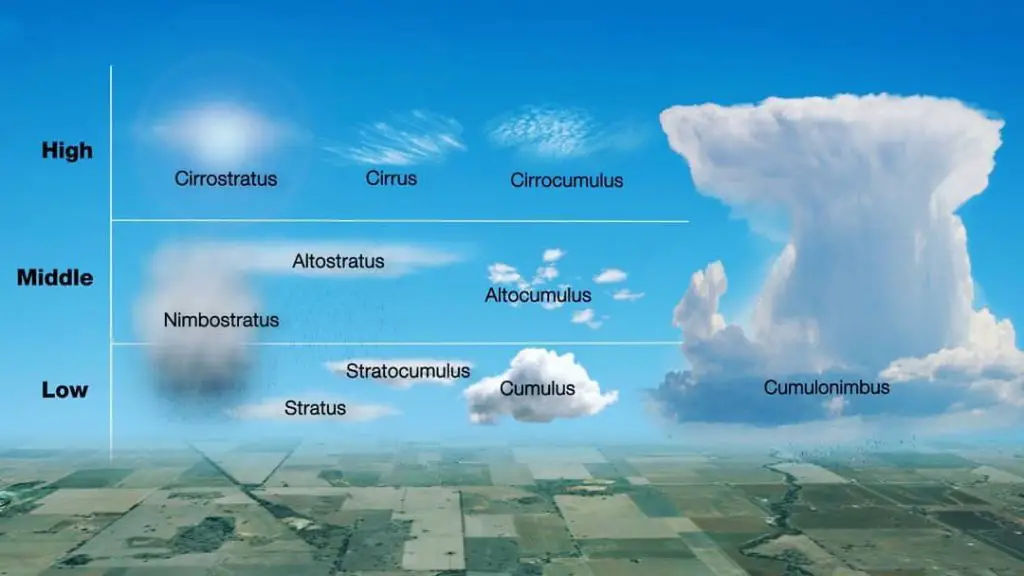 The highest tropospheric clouds range from altitudes of about 7 km (20,000 ft) to 18 km (60,000 ft) above sea level. They are named with words that begin with the prefix cirr– from the Latin word cirrus, meaning “curly.” Wispy, web-like cirrus clouds are commonly seen. High, smooth clouds are called cirrostratus. They give the sky a milky appearance and frequently cause a ring around the sun or moon. An old adage says that a ring around the sun or moon means rain or snow is on the way. This is often true. Low-pressure systems are commonly preceded by high, thin clouds such as cirrostratus. Some high clouds have a congealed or puffy look. These are known as cirrocumulus. They can cause partial or complete overcast. 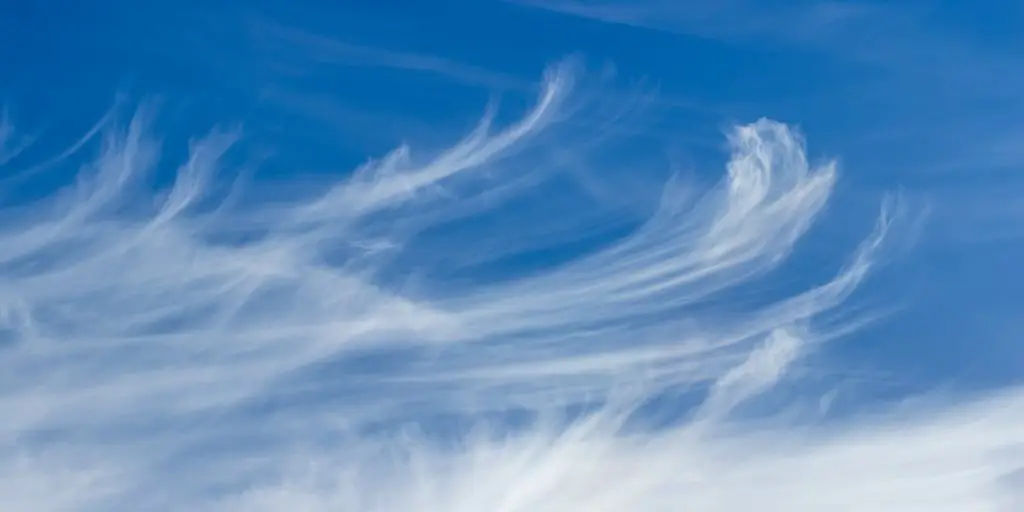 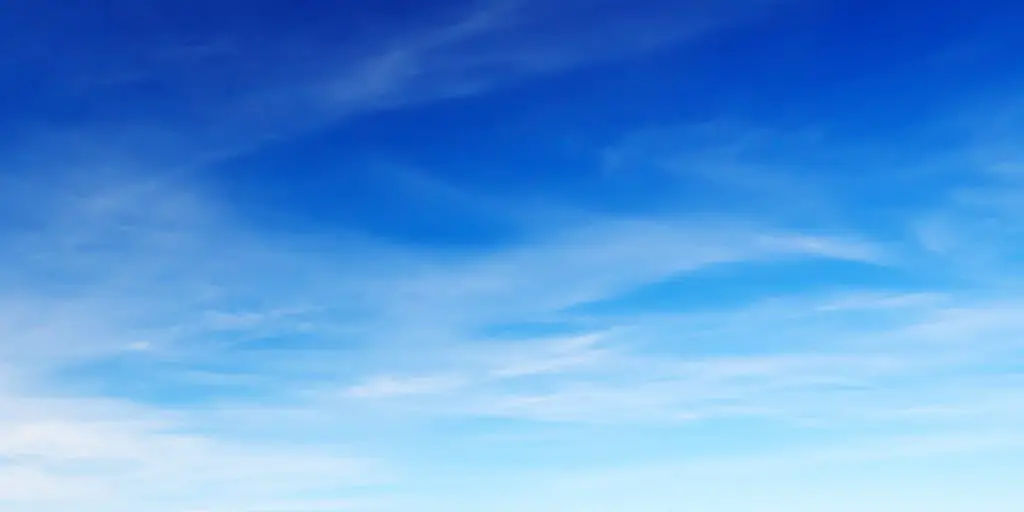 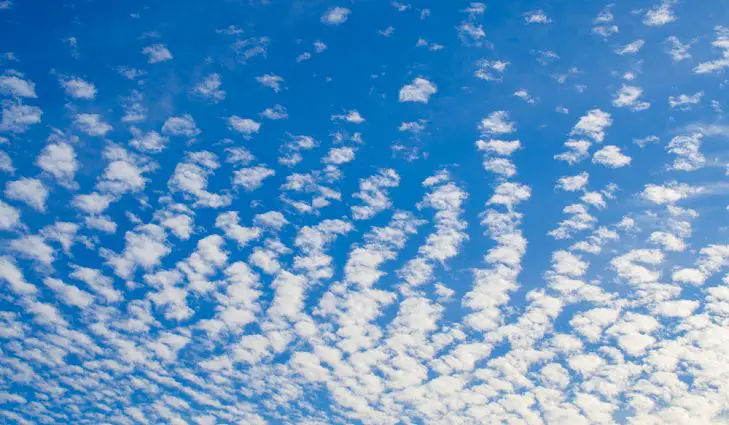 The mid-level clouds are between about 2 km (6000 ft) and 7 km (20,000 ft)
above sea level and are given the prefix alto-, which is Latin for “high.”
Mid-level clouds sometimes have a flattened appearance, in which case they are called altostratus. Altostratus clouds are lower and thicker than cirrostratus.
Mid-level clouds with a puffy look are known as altocumulus. 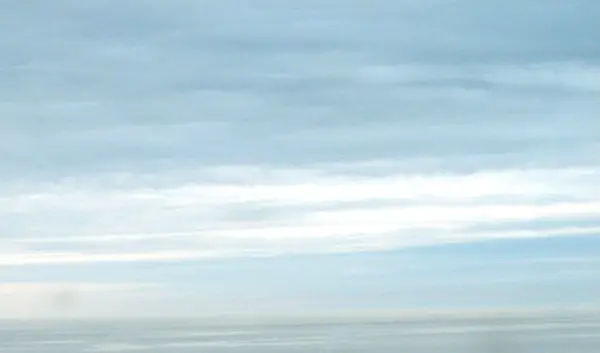 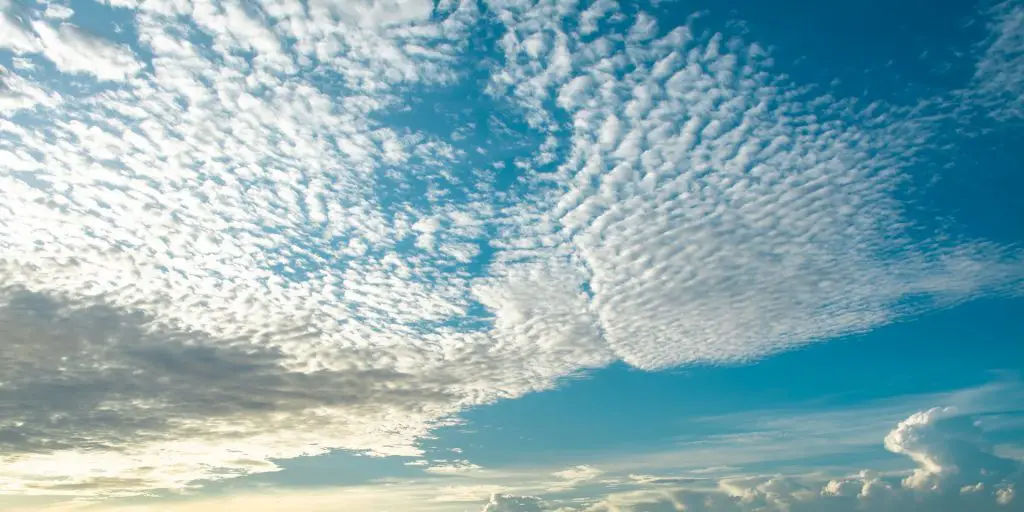 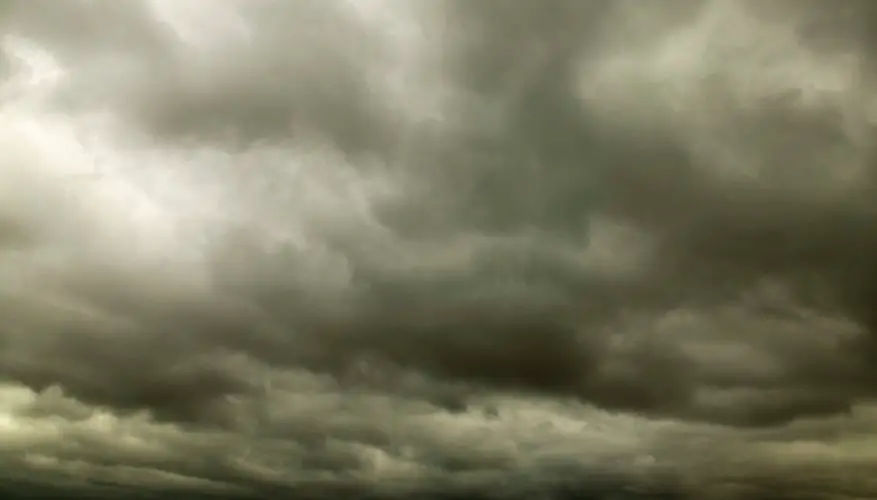 The lowest clouds have bases at altitudes less than 2 km (6,000 ft). These clouds are sometimes given the prefix strat-. Low clouds sometimes extend all the way to the surface, in which case fog occurs. Low, flat clouds are called stratus clouds. If rain falls from them, they are called nimbostratus. Low, rolling, gray stratocumulus are seen on an overcast

but dry day typical of much of the United States in late autumn. The cotton like puffs of fair-weather cumulus are easy to recognize. 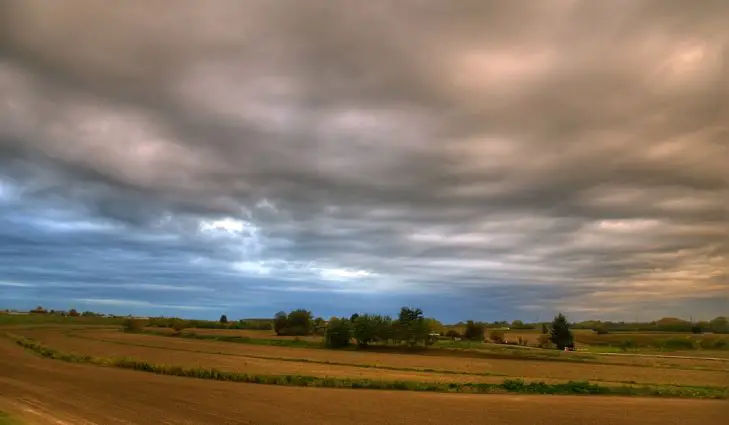 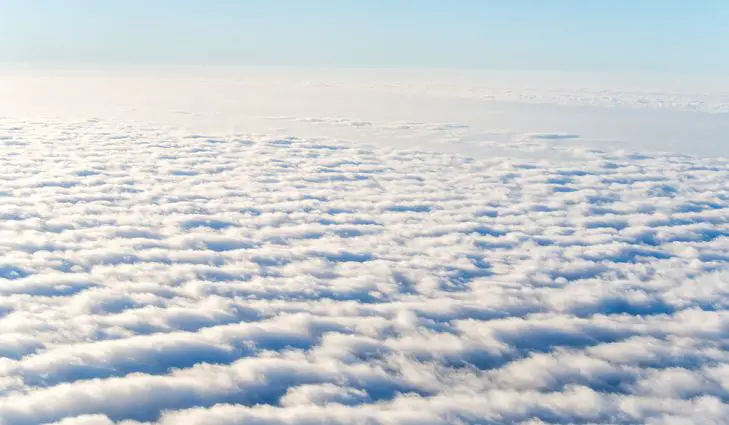 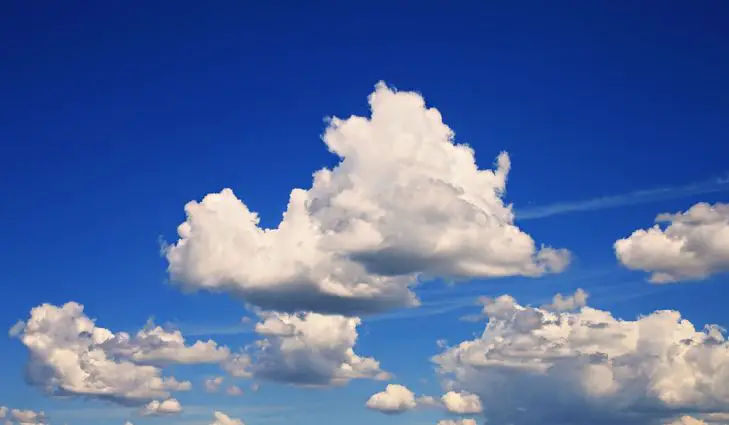 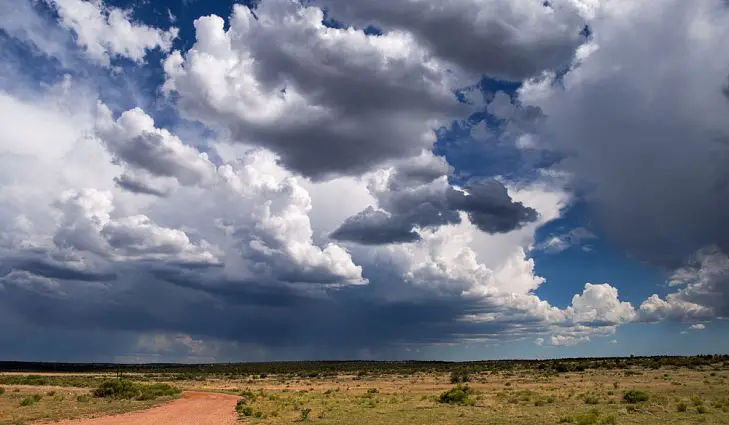 Still looking for easier concepts for understanding, I came across this Weather Wiz page. Hope it helps!