You are here: Home / Maritime Law / What is General Average & the importance of York-Antwerp Rules ? 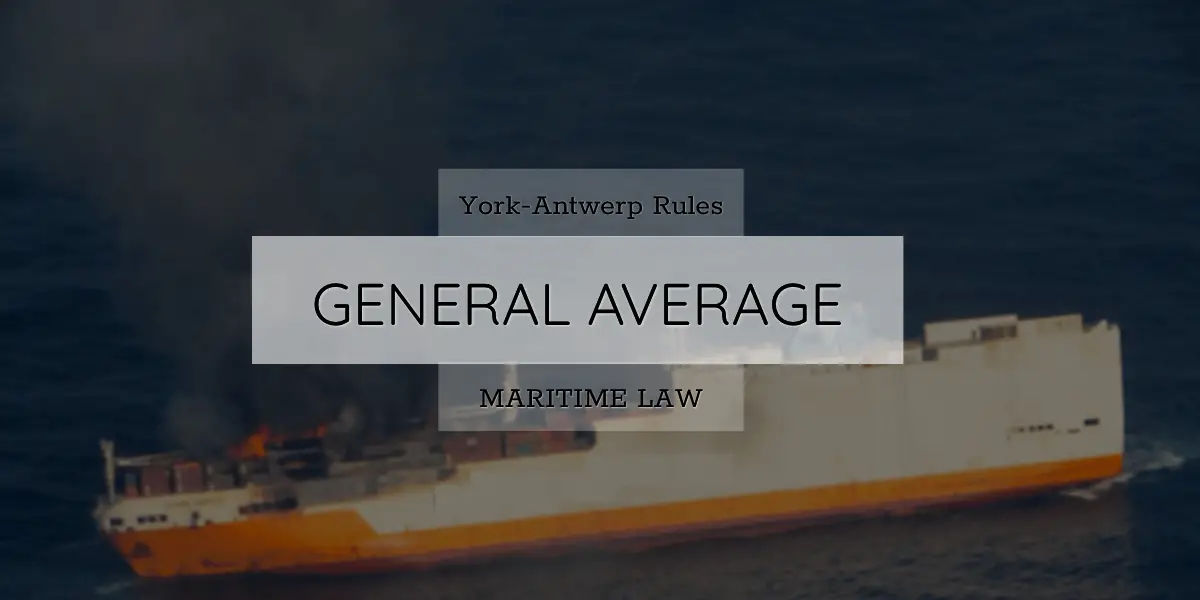 There is a General Average act when and only when any extraordinary or expenditure is intentionally and reasonably made or incurred for the common safety, for the purpose of preserving from peril, the property involved in a common maritime adventure. 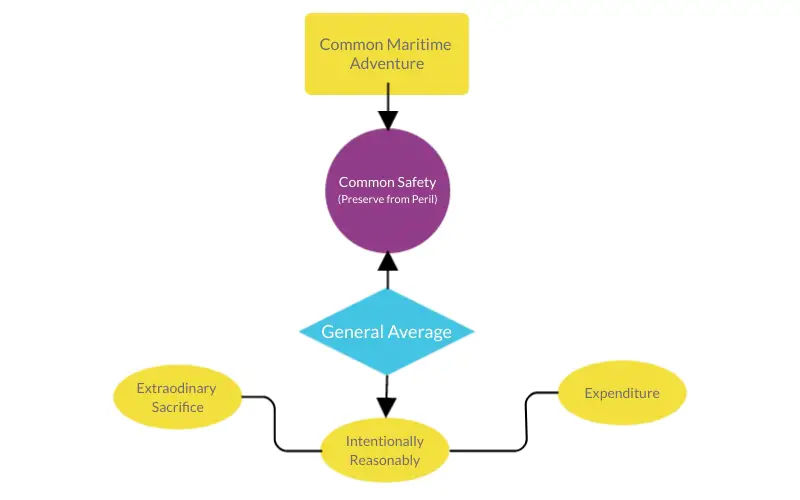 Extraordinary Sacrifice in a General Average

Below are examples for an extraordinary sacrifice, though not limited to: 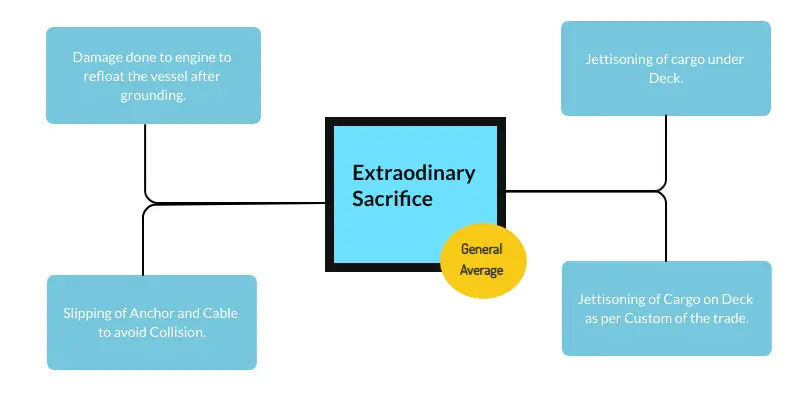 Extraordinary Expenditure in a General Average

Below are examples for an extraordinary expenditure, though not limited to: 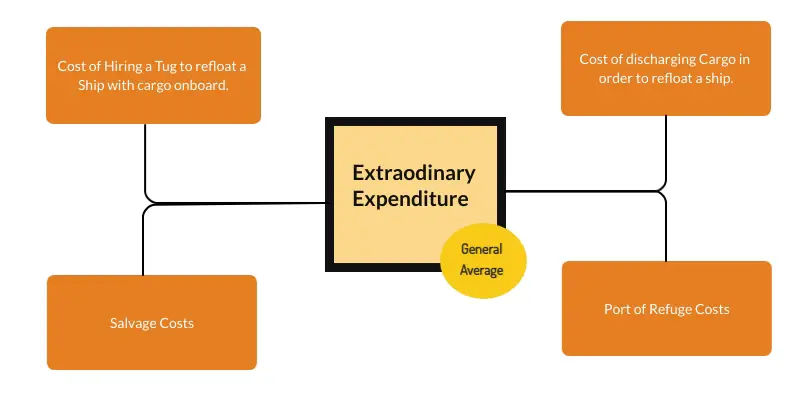 General Average Loss:  is any expense/sacrifice which is allowed as general average and can be recovered.

Contributory Value: is the value of the property on arrival at the place of safety + G.A loss made up for that property.

Vessel catches fire in the hold where now Cargo B is affected by the fire.

Water is used for the fire fighting which partially damages Cargo C as it gets wet.

Free surface effect affects the stability and the Master decides to beach the ship.

The vessel was subsequently refloated and the cost incurred and damages as follows:

Thus the General Average (G.A.) Losses are as follows:

Please note the damage caused to Cargo B was purely due to the Fire which was an accident, hence the Lost Value of the cargo and will not be considered as General Average Loss.

Thus, the total of the contribution will work out to be 270,000 $ which is the General Average loss to be made good.

Particular Average: It is a partial loss caused by a peril insured against e.g. damage to cargo, damage to ship due to weather etc.

Particular Charges: Expenses incurred by or on behalf of the insured for the safety or preservation of the property insured. It excludes general average and salvage charges.

YARs are a set of rules set out by Ship Owners, Merchants, Underwriters and Adjusters for the benefit of the settlement of General Average.
It has to be mentioned in the Charter Party or Bill of Lading that G.A. will be as per York Antwerp Rules. 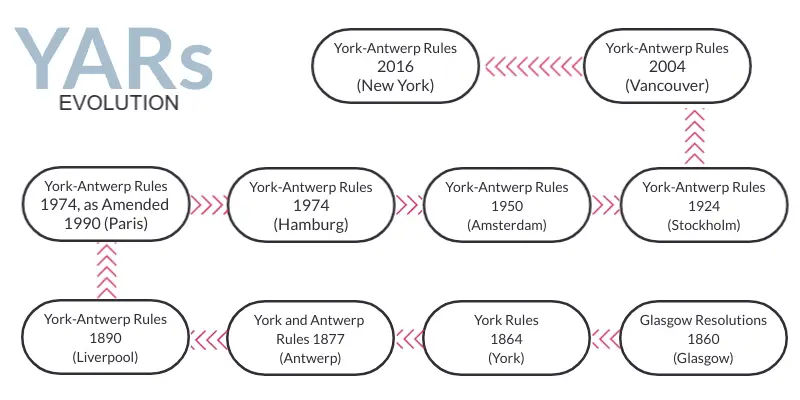 There are 7 Lettered Rules ( A ~ G ) which are general rules and 23 Numbered Rules ( I ~ XXIII ) which are specific to a particular average act/sacrifice/damage and used for determining the calculation of the General Average. 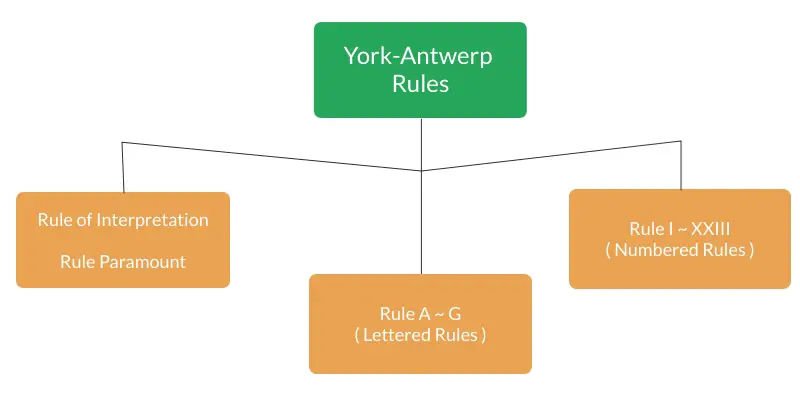 In the adjustment of general average, the YARs shall apply to the exclusion of any law and practice inconsistent therewith.
Except as provided by the Rule Paramount and the Numbered Rules, general average shall be adjusted according to the Lettered Rules.

In no case shall there be any allowance for sacrifice or expenditure unless reasonably made or incurred. For example War, Strikes, Civil War, Labour Disturbances holds no cover.

Rights to contribution in general average shall not be affected, though the event which gave rise to the sacrifice or expenditure may have been due to the fault of one of the parties to the common maritime adventure, but this shall not prejudice any remedies or defences which may be open against or to that party in respect of such fault.

Any additional expense incurred in place of another expense which would have been allowable as general average shall be deemed to be general average and so allowed without regard to the saving, if any, to other interests, but only up to the amount of the general average expense avoided.

Credits for the below: Richards Hogg Lindley