You are here: Home / Maritime Law / What is a Special Trade ? 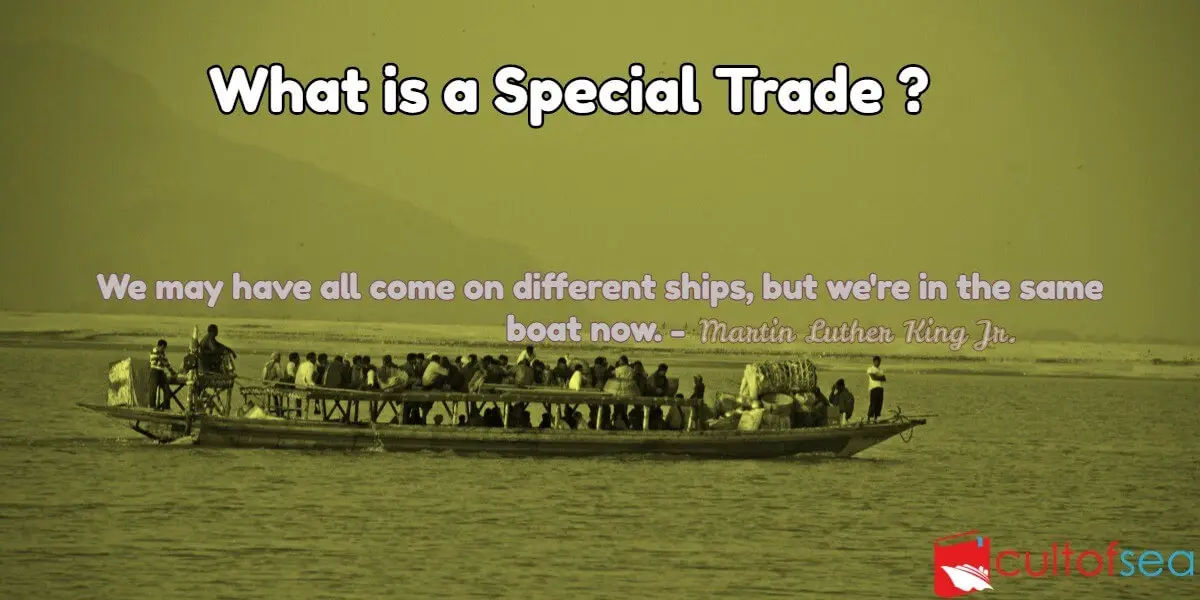 A Special Trade means the transporting of a large number of passengers by sea within prescribed areas.

It means a passenger carried in special trade passenger ships in spaces on weather deck or upper deck or between decks which include pilgrim or person accompanying pilgrim.

With respect to passenger ships, subdivision load lines are marked so as to indicate the depth to which the ship may be loaded having regard to the extent to which the ship is subdivided & space which has been allotted to passengers. No ship shall be loaded so as to submerge the appropriate subdivision loadline in salt water. If she is so loaded the ship is to detain until she ceases to be so loaded.

5. Certificates are to be carried by Special Trade Passenger Ships

The customs collector who is to grant port clearance shall not do so unless the ship is carrying the appropriate certificates.