You are here: Home / Maritime Law / What is a Marine Policy? Basics you need to know! 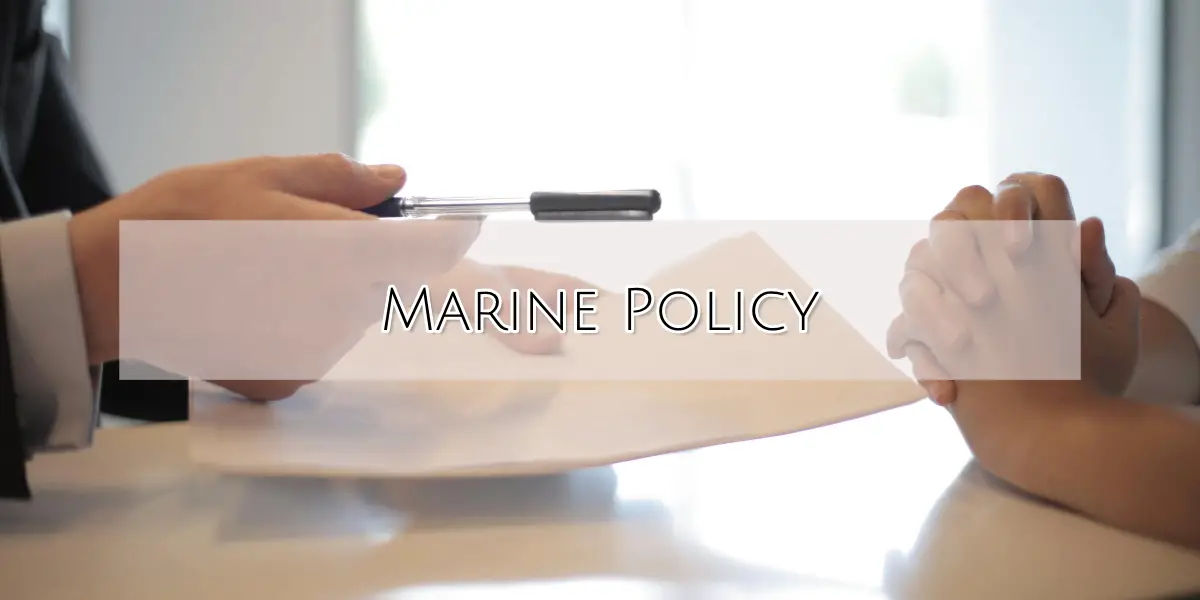 A contract of Marine Insurance shall not be submitted in evidence unless it is embodied in a Marine Policy accordance with Marine Insurance Act. The policy may be executed and issued either at the time when the contract is concluded or afterwards.

Dictionary Meaning of ” POLICY ” :  A set of ideas or a plan of what to do in particular situations that has been agreed to officially by a group of people, a business organization, a government, or a political party.

Before proceeding further, please go through an example below:

A marine policy must be signed by or on behalf of the insurer.

When the contract is to insure the subject matter at and from or from one place to another, it is called Voyage Policy.

When the contract is to insure the subject matter for a definite period of time, it is called Time Policy. A time policy can be made for a maximum period of 12 months. A contract for both time and voyage may be included in the same policy.

A Valued Policy is the one which specifies an agreed value of the subject-matter insured. The value fixed by the policy is as between the insurer and assured, conclusive of the insurable value of the subject matter intended to be insured irrespective of whether the loss is total or partial.

A deviation occurs where the vessel leaves the stated or customary course of the voyage with the intention of returning to that course and completing the voyage.

The liability of the insurer ceases immediately after the deviation occurs. Where a ship without lawful excuse deviates from the voyage contemplated by the policy, the insurer is discharged from the liability as from the time of deviation and it is immaterial that the ship may have regained her route before any loss occurs.

When is deviation excused as per Marine Insurance Act?

When the cause of exercising the deviation ceases to operate, the ship must resume her course.

It covers loss or damage to the vessel caused by any governmental authority acting under the powers vested in it to prevent or mitigate a pollution hazard or threat.

Underwriters agree to indemnify the Assured for three-fourths of any sum or sums paid by the Assured to any other person or persons by reason of the Assured becoming legally liable by way of damages for:

where such payment by the Assured is in consequence of the Vessel hereby insured coming into collision with any other vessel. 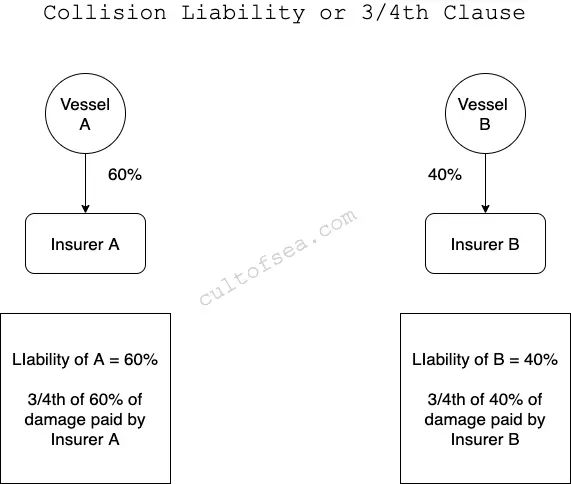 The remaining 1/4th of the liability is covered by the P&I club. This is called the 1/4th or 4/4th liability clause.