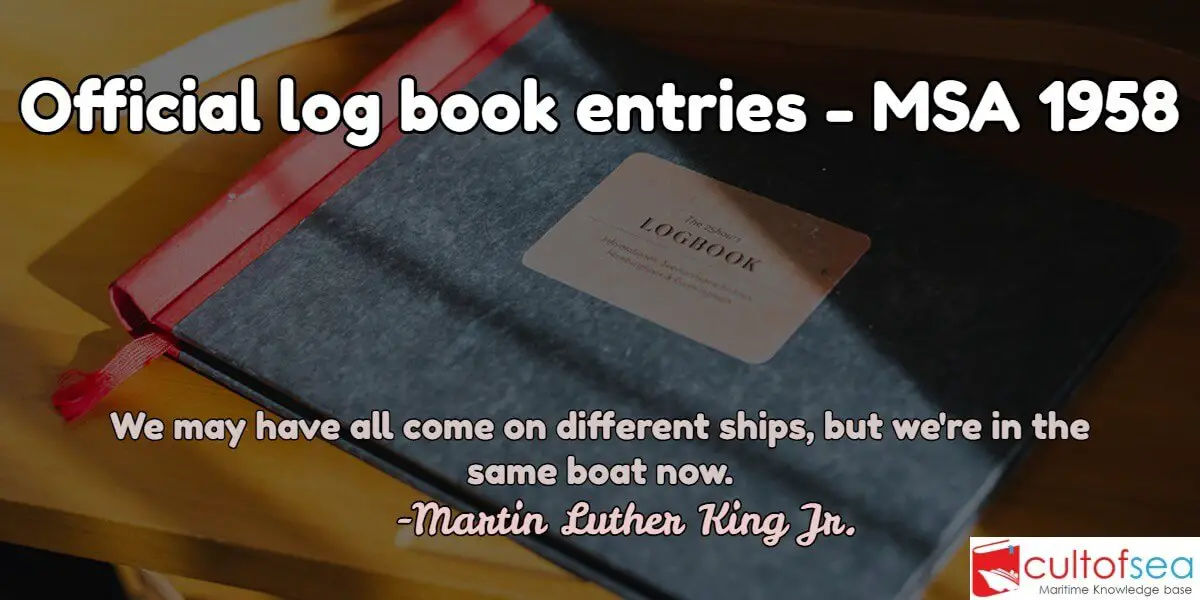 The entries to be made in the official log book with regard to seaman & apprentice are as follows:

Related Article:   Unseaworthy and Unsafe Ship’s as per MSA 1958

Other Entries in OLB :-

The entry is to made as soon as possible after the occurrence to which it relates. If it is not made on the same day then the date of occurrence to which it relates & the date of making the entry are to be recorded,if the entry is regarding an occurrence before the vessel’s arrival at her final port of discharge,entry shall be made within
24 after the vessel arrival.
Every entry shall be signed by the master & the mate or some other member of the crew & also by the ship’s medical officer, if it is regarding an injury or death, if it is about the wages due or the property of a seaman or apprentice who dies during the voyage then the entry is to be signed by the master, mate & a member of the crew.