You are here: Home / Maritime Law / Merchant Shipping Act / The provisions of MERCHANT SHIPPING ACT 1958 regarding Certificate of Registry 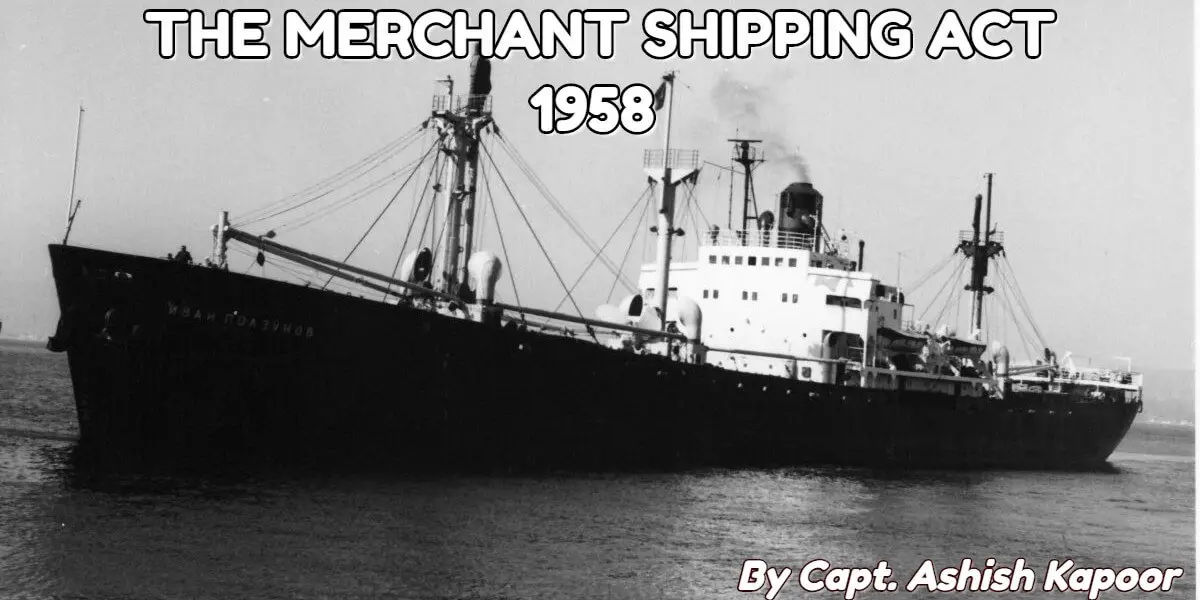 Q.) What are the provisions of the MERCHANT SHIPPING ACT 1958 regarding certificate of registry with respect to :

1) CUSTODY AND USE OF CERTIFICATE:

The Certificate of registry is to be used only for the lawful navigation of the ship and is not to be detained by any owner or mortgagees. The Certificate shall remain in the custody of the person in charge of the lawful navigation of the ship so that he may produce it as and when required by the registrar, custom collector or other person where required by the law. In case, any person having unlawful possession of the COR refuses to hand it over ,such a person can be summoned by a magistrate and if the person absconds or refuses to deliver such certificate the magistrate shall certify the facts and the certificate shall be treated as lost, defaced, for purpose of issue of a new certificate.

2) CHANGE OF MASTER OR OWNER:

The change of master of an Indian ship has to be endorsed on the certificate of registry by the following as the case may be:

In case the master has been removed by a Marine board or court, then the Presiding officer shall endorse the change.

IN  ALL OTHER CASES,

An application is made by the owner to the registrar, who, in turn, issues a letter stating new person appointed as Master. A copy of this letter is sent to the ship which may be Attached to COR.

Related Article:   Unseaworthy and Unsafe Ship’s as per MSA 1958

Previously the following procedure was carried out:

Any Custom Collector at any port in India may refuse to Permit any person to act as master of an Indian Ship if his name is not endorsed on the COR as the last appointed Captain of the ship.

The Master is responsible for handing over the certificate of registry to the Registrar for endorsement of change of owner & if he does not do so, the fine is Rs 1000/-.

In case a ship becomes entitled to become an Indian ship at a port outside India, her master shall apply to the nearest Indian consular officer who may issue a provisional certificate stating the particulars of the ship and he shall also forward a copy to the D.G shipping. The validity of such a certificate is 6 months or until the ship arrives at an Indian port having a registrar of ships.

5) ALTERATION OF THE SHIP AFFECTING HER TONNAGE AND DESCRIPTION: