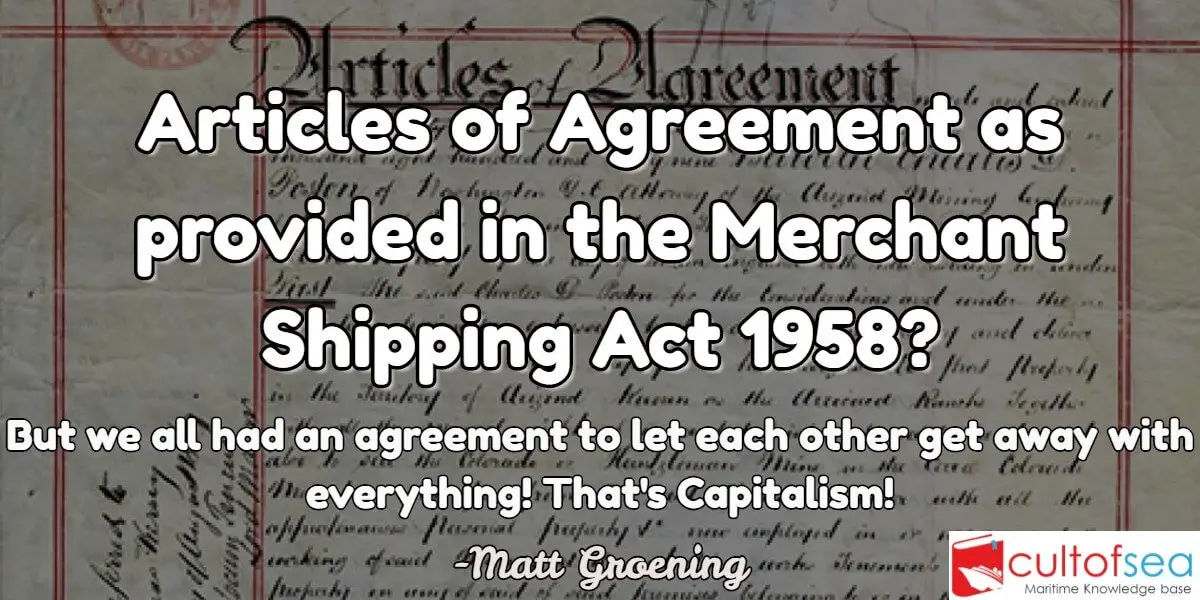 Give the general terms of the Articles of Agreement as provided in the Merchant Shipping Act 1958 ? (Section 101)

The Articles of Agreement must be in the prescribed from & is to be dated at the time of the first signature of the crew & prior to this it must be signed by the owner or agent & the master.

The crew agreement must contain details of the following terms:

In case there is any dispute between the owner or agent & the master of the ship & a seaman such a dispute shall be referred to the nearest Indian consular officer & his decision shall be binding till the ship returns to the port in India at which the seaman is to be finally discharged.

The agreement must record the requirements of advance & allotments & other stipulation not contrary to law. The master shall provide the copy of the agreement to the members of the crew. Any change in a crew agreement is only valid if it is made with the consent of all the parties concerned & the same is to be attested by the shipping master in India or by an Indian consular officer outside India.