You are here: Home / Gmdss / What is SART – Search and Rescue Radar Transponder? 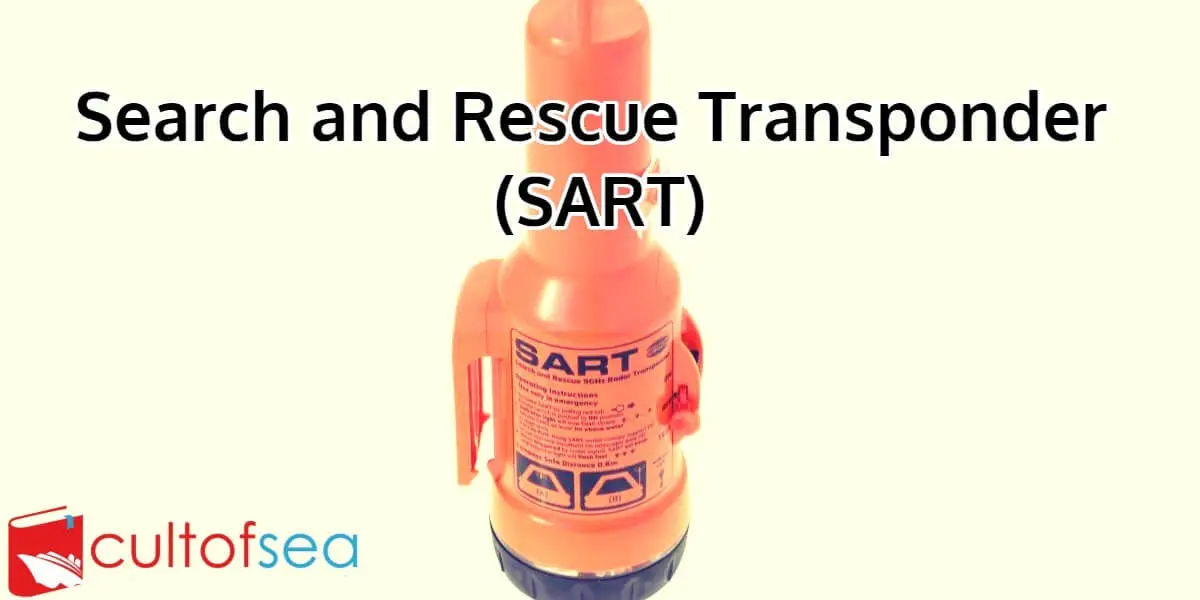 A Search and Rescue Transponder (SART) is a self-contained, waterproof transponder intended for emergency use at sea. These devices may be either a radar-SART or a GPS-based AIS-SART (automatic identification system SART).

The radar-SART is used to locate a survival craft or distressed vessel by creating a series of dots on a rescuing ship’s radar display. A SART will only respond to a 9 GHz X-band (3 cm wavelength) 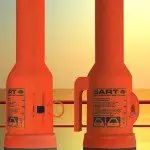 radar. It will not be seen on S-band (10 cm) or other radar. Shipboard Global Maritime Distress Safety System (GMDSS) include one or more search and rescue locating devices.

A SART has a receiver that detects the signals from X-band radars (9.2 – 9.5 GHz). If the SART detects a signal it immediately transmits twelve pulses on the same frequency. This signal is seen by the radar as “echoes” and will be displayed on the screen as a series of twelve dots with a gap of 0.6 miles between them. The first dot is at the position of the SART and the others go in a straight line towards the edge of the screen.

If the rescue vessel approaches the SART, the twelve dots will become short arcs. These arcs increase in size if the vessel gets closer. If the rescue vessel is very close, the SART will be activated permanently by the side lobes of the radar antenna. The signal of the SART will then be visible as twelve complete circles on the radar screen. This will tell the search-and-rescue team that they have more or less arrived.

Alternatively, one radar transponder should be placed in the bracket in each survival craft (normally covered lifeboats) if such location permits rapidly replacing of the SARTs into any survival crafts which may be used in emergency situations.

The SART should be provided with a pole or other arrangement compatible with the antenna pocket in the survival craft in order to fulfil the required height of at least 1m above sea level.

3. The SARTs should have waterproof marking with operational instructions, battery expiry date and the ship’s name and call sign.