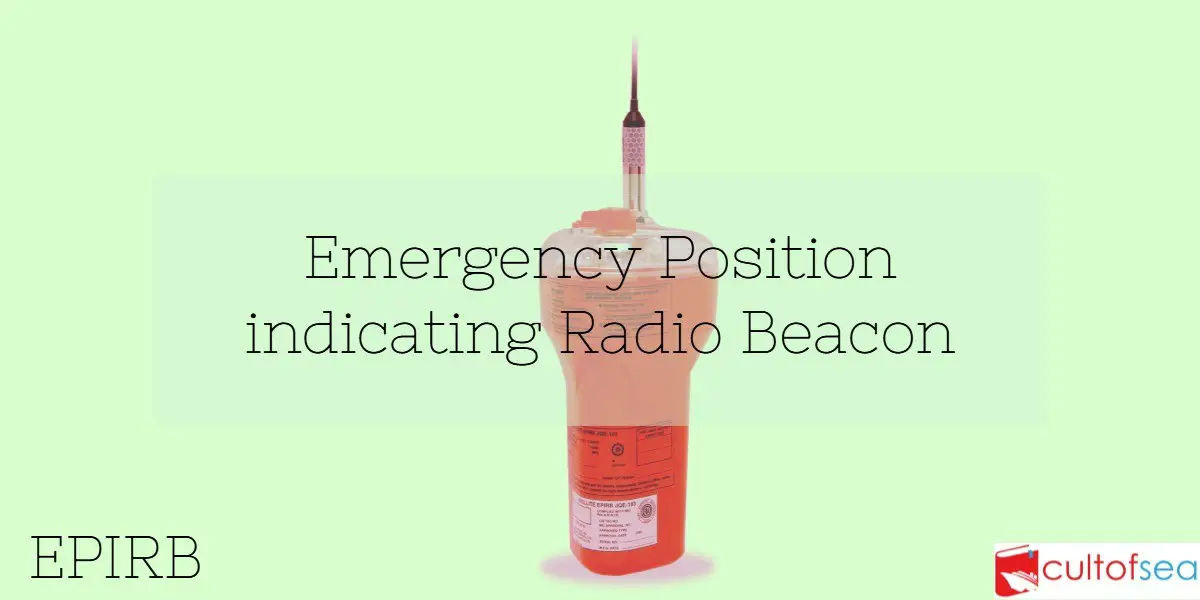 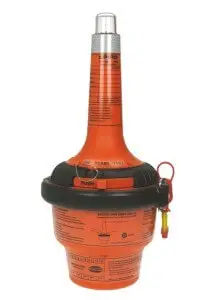 emergency. It does this by transmitting a coded message on the 406 MHz distress frequency via satellite and earth stations to the nearest rescue coordination centre.

An EPIRB usually works on 406/121.5 MHZ and can be manually or automatically activated and some models are also water activated.

The International Cospas-Sarsat System ceased satellite processing of 121.5/243 MHz beacons on 1 February 2009.  Although Emergency Locator Transmitters used by aircraft may still be used, alerts from these devices or from 121.5/243 MHz EPIRBs will no longer be acted upon unless independently confirmed by two independent non-satellite sources.

The International Cospas-Sarsat System ceased satellite processing of 121.5/243 MHz beacons on 1 February 2009.  Although Emergency Locator Transmitters used by aircraft may still be used, alerts from these devices or from 121.5/243 MHz EPIRBs will no longer be acted upon unless independently confirmed by two independent non-satellite sources.

The 406 MHz EPIRB was designed to operate with satellites.The signal frequency (406 MHz) has been designated internationally for use only for distress. Other communications and interference, such as on 121.5 MHz, is not allowed on this frequency. Its signal allows a satellite local user terminal to accurately locate the EPIRB (much more accurately — 2 to 5 km vice 25 km — than 121.5/243 MHz devices), and identify the vessel (the signal is encoded with the vessel’s identity) anywhere in the world (there is no range limitation). These devices are detectable not only by COSPAS-SARSAT satellites which are polar orbiting but also by geostationary GOES weather satellites. EPIRBs detected by the GEOSTAR system, consisting of GOES and other geostationary satellites, send rescue authorities an instant alert, but without location information unless the EPIRB is equipped with an integral GPS receiver.  EPIRBs detected by COSPAS-SARSAT (e.g. TIROS-N) satellites provide rescue authorities with the location of distress, but the location and sometimes alerting may be delayed as much as an hour or two. Although these EPIRBs also include a low power 121.5 MHz homing signal, homing on the more powerful 406 MHz frequency has proven to be a significant aid to search and rescue aircraft.

Related Article:   What is SART - Search and Rescue Radar Transponder?

A new type of 406 MHz EPIRB, having an integral GPS navigation receiver, became available in 1998.  This EPIRB will send accurate location as well as identification information to rescue authorities immediately upon activation through both geostationary (GEOSAR) and polar orbiting satellites.

The major advantage of the 406 MHz low earth orbit system is the provision of global Earth coverage using a limited number of the polar-orbiting satellite.  Coverage is not continuous, however, and it may take up to a couple of hours for an EPIRB alert to be received.  To overcome this limitation, COSPAS-SARSAT has 406 MHz EPIRB repeaters aboard several geostationary satellites.

406 MHz EPIRBs can be tested through its self-test function, which is an integral part of the device. Testing a 406 MHz EPIRB by allowing it to radiate outside such a container is illegal.

An Emergency position indicating radio beacon has the following features: 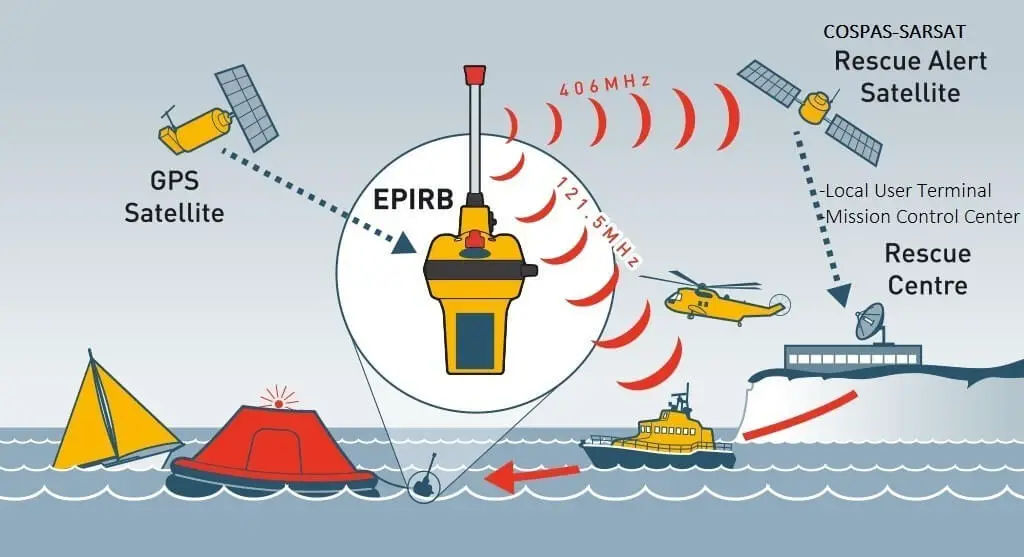 In Case of False Activation on EPIRB: