You are here: Home / Deck / Types of Knots, Bends and Hitches used at sea 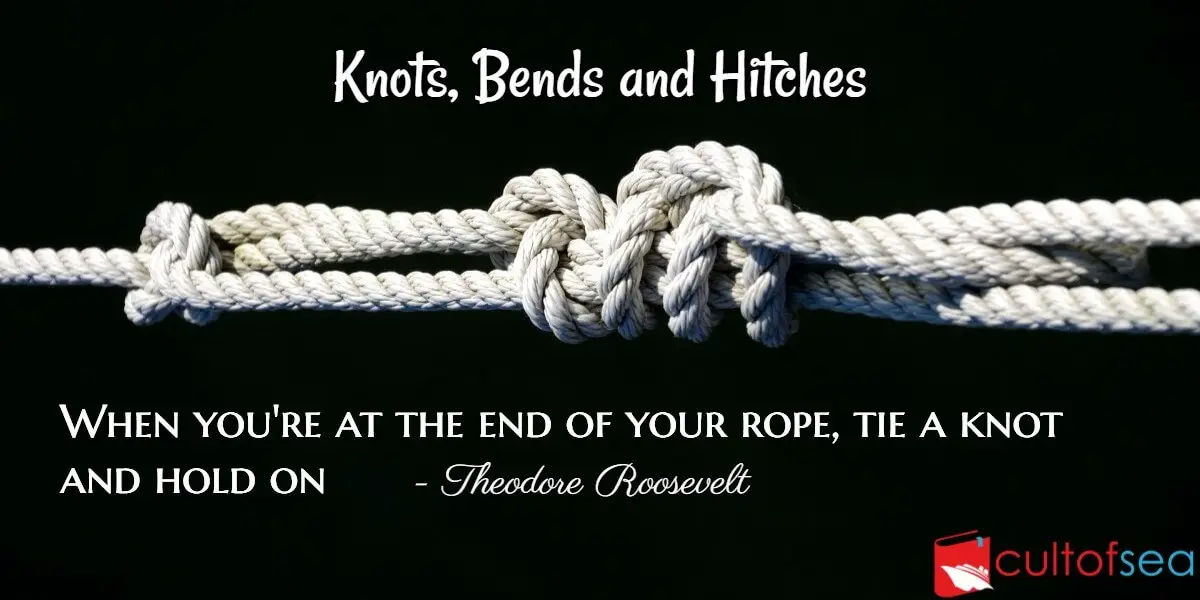 1. Overhand knot: It is used for temporary whipping and preventing the rope unreeving from the block and provides the foothold for the life line.

2. Figure of 8 knot: Provide foothold on the lifeline of the lifeboat davit and with the keel grab line and prevent the rope from unreeving patent log with the log line.

4. Sheep shank: Used for temporary shortening a rope or strengthening the damaged part of the rope. It is also used for providing a hand grip on the keel grab lines.

5. Running bowline: It is used for making a running noose at the end of the rope.

6. Bowline on the bight: May be used in an emergency. It can be used to lower a man over the ship side. Put the smaller bight under the arms and put the longer one under the thighs. 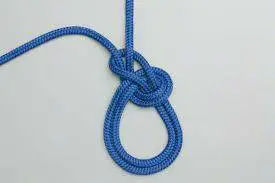 7. Single sheet bend/double sheet bend: Used to join two rope of the same size and also to be used to tying the sheets with the clew of a sail. 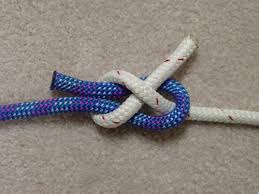 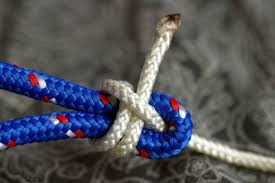 8. Carrick bend: It is used to join two hawsers together when the joint has to pass over the warping drum.

9. Bucket hitch/fisherman bend: Used for Tying a rope to the handle of a bucket in small craft it is used with the anchor ring. 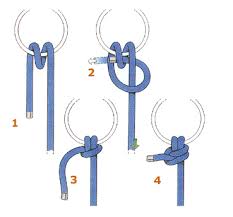 10. Half hitch: It is used as a part of the other hitches. 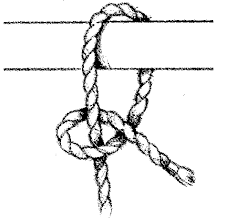 11. Rolling hitch: It is used for securing a small size rope under strain or to a spar. 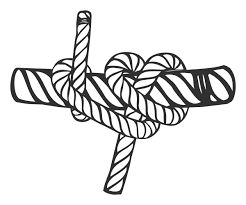 12. Round turn and two half hitches: It is used to secure a rope to a ring or a spar. It never jams.

13. Clove hitch: It is used to secure a rope to a spar or guard-rail or with the similar fittings. 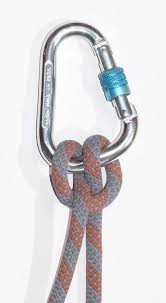 14. Timber hitch: It is used for securing the end of a rope to a log or spar when towing and lifting. 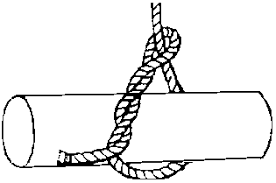 15. Marlinespike hitch: It is used for hitching a rope to a marline spike or similar object.

16. Timber hitch and half hitch: It is used for lowering a spar vertically up or down through a narrow opening such as man hold or towing a log stern. 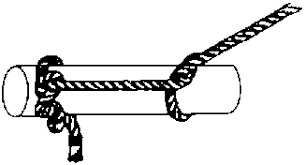 17. Black wall hitch: It is used for hitching a rope quickly to the hook but they are not reliable. They are normally used when the rope and hooks are of the same size: 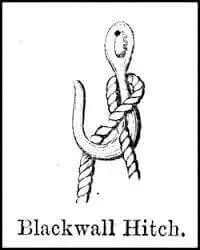 18. Double black wall hitch: It is used when the rope and hooks are of different size. 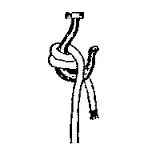 19. Cat’s paw: It is used for shortening a rope sling. 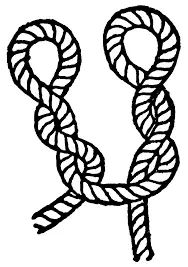 20. Stage hitch: For working over side paint work, stages have to be rigged. A stage is a strong thick plank of wood, at least 43 cms in breadth with two cross pieces nailed at the right angles are called harm. Two lengths of tested manila rope (20mm diameter) are used with the stage.