You are here: Home / Colreg's / Part B- Steering and Sailing / Rule 7 – Risk of collision 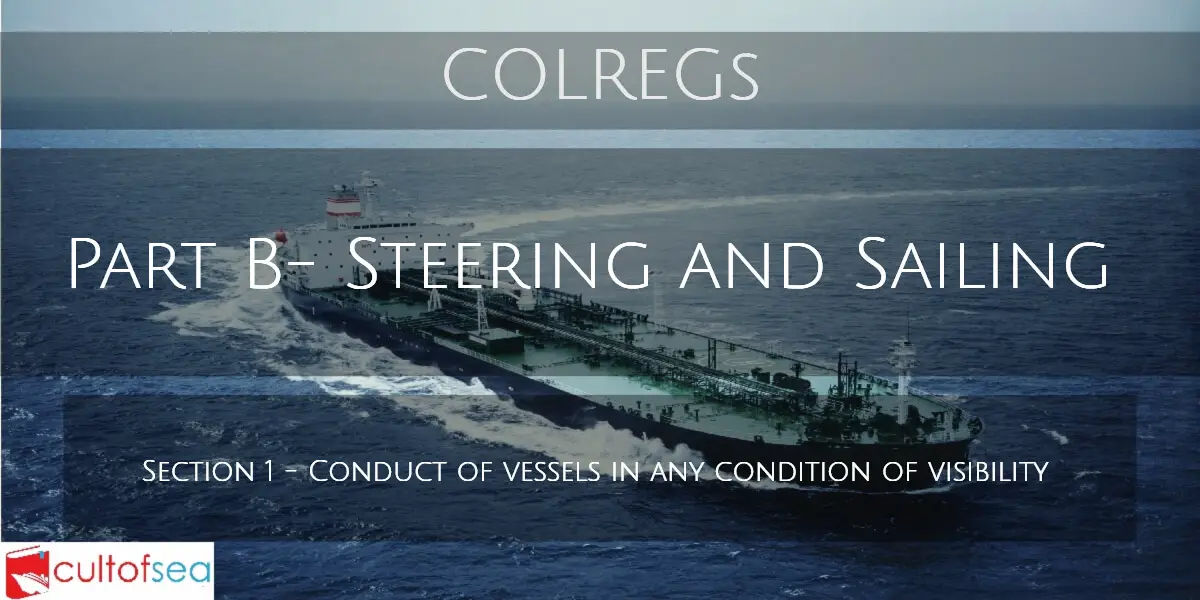 a. Every vessel shall use all available means appropriate to the prevailing circumstances arid conditions to determine if risk of collision exists. If there is any doubt such risk shall be deemed to exist.

A famous sentence in the Master’s Night Order book was ‘Whenever in doubt, call me’. This holds true with the above Rule. If the watch keeper is in any doubt even the slightest, he should assume that such risk exists and would have to act according to the Rules.

Of course in judging such risk, he has to take into consideration the conditions at that time – state of sea, traffic density, visibility etc.

All available means to assess the risk, means all that is available to the watch keeper – visual bearings, Radar tracking or observations and plot, sound signals, VHF traffic, and the like.

In doing the above the chart should be studied, since this will give an indication of the course that the other vessel may be following to either head to or from a port or TSS.

Taking all the above the watch keeper has to judge whether even a slight risk exists and if this slight chance does exist then he shall note that RISK does exist.

b. Proper use shall be made of radar equipment if fitted and operational, including long-range scanning to obtain early warning of risk of collision and radar plotting or equivalent systematic observation of detected objects.

Radar is an AID to navigation and its use today is mandatory and essential. The Radar should be used so long as it is functional to warn the watch keeper of the danger in as great a time interval as possible. This implies that the Radar has to be used for long range scanning to detect the ships and do a radar plot to determine whether the ship would pose any hazard or not.

Further even if the ARPA is not working the bearing and distance off if plotted would give a fair idea of the risk of collision. The bearing may not be very accurate (see Radar) but over a period of time this in accurate bearing would still indicate whether such risk exists or not. Radar Plotting of course is very helpful in assessing the above. And this is termed as systematic observation.

c. Assumptions shall not be made on the basis of scanty information, especially scanty radar information.

Scanty Radar information – if the target has been observed once in a while then the assessment is not correct. The plot is required and then the plot has to be checked by following it up by further observations.

ARPA readings may not be accurate in the first set of figures, the ARPA also keeps predicting and updating the figures. Small vessels often disappear from Radar, it does not mean that the ship was never there and that it was a false echo.

Remember: after judging a vessel’s track and risk factor it has to be keenly observed to ensure that the data that the watch keeper has obtained is true.

d. In determining if risk of collision exists the following considerations shall be among those taken into account:

(i) Such risk shall be deemed to exist if the compass hearing of an approaching vessel does not appreciably change;

This fact is the most important. If the bearing changes for a ship at an appreciable range then the risk factor is less, however it has to be remembered that the change of bearing has to be appreciably or else the CPA would be insignificant and thus the risk would still exist.

A small change should therefore be viewed with suspicion and a DOUBT should arise in the mind of the observer. 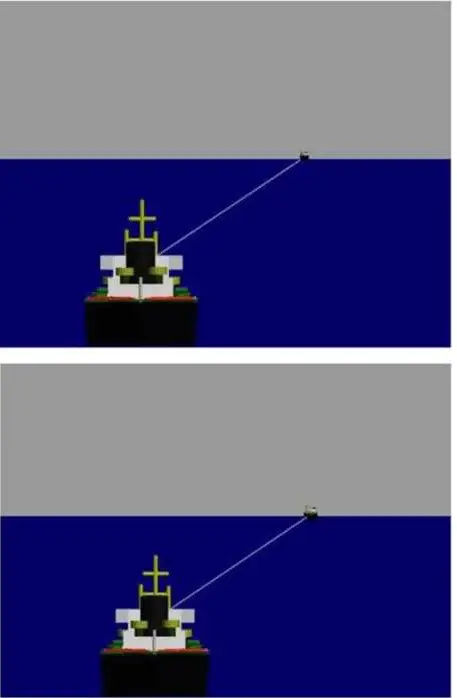 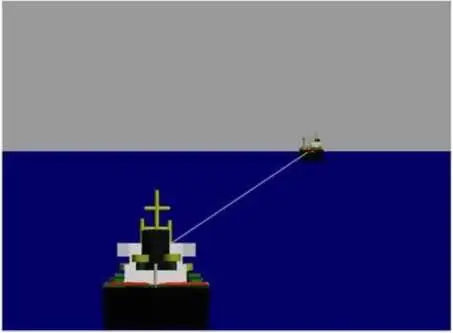 As mentioned above the bearing change should be very evident, however sometimes this appreciably large change may not hold true for observations of large vessels which subtend a significant angle at the observer, if the bow was being observed and the aspect of the ship changes from end on to a side then too the bearing change would be evident but that does not mean that the risk does not exist, so for large vessel’s which subtend n angle at the observer care should be exercised.

The same holds true for vessels at close range and vessels in tow, where the entire tow and towed present a very large object.