You are here: Home / Colreg's / Part B- Steering and Sailing / Rule 17 – Action by stand-on vessel 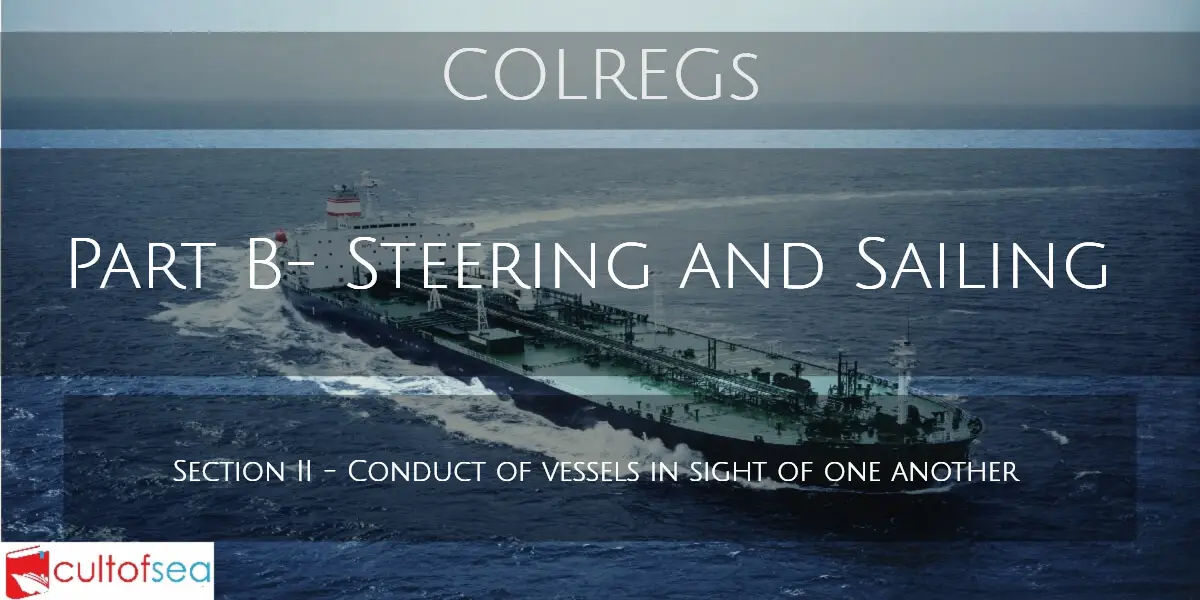 Section II – Conduct of vessels in sight of one another

(a)(i) Where one of two vessels is to keep out of the way of the other shall keep her course and speed.

(ii) The latter vessel may however take action to avoid collision by her manoeuvre alone, as soon as it becomes apparent to her that the vessel required to keep out of the way is not taking appropriate action in accordance with these Rules.

Meaning: The watchkeeper on the stand on the vessel has to be alert and should have been monitoring the situation as it developed. His plan of action for evasive action should be ready at all instances since he would have to take evasive action if the give way vessel fails to take action or if the action is not sufficient to clear the impending danger.

(b) When, from any cause, the vessel required to keep her course and speed finds herself so close that collision cannot be avoided by the action of the give-way vessel alone, she shall take such action as will best aid to avoid collision.
Meaning: The action that the stand on vessel finally takes to  avoid the situation depends on what is the nature of the action of the give-way vessel, if the action is insufficient to clear the close quarter situation than the stand on vessel has to take action which will get the two ships safely away from each other.
THE BASIC FACT OF THESE RULES ARE THAT ALTHOUGH THE STAND ON VESSEL NEED NOT TAKE ACTION INITIALLY, SHE MUST, REPEAT MUST CLOSELY MONITOR THE OTHER SHIP AND PLAN OUT ACTIONS AT EVERY STEP.

c) A power-driven vessel which takes action in a crossing situation in accordance with subparagraph (a)(ii) of this Rule to avoid collision with another power-driven vessel shall, if the circumstances of the case admit, not alter course to port for a vessel on her own port side.
Meaning: The action that the stand on vessel takes should not develop into a catastrophe, rather it should enhance the clearing action. However, the advice is not to alter course to Port for a give way vessel which is on her port side. But it is a recommendation and if the situation demands please refer to Rule 2 and take a well-planned decision which may deviate from the above Rule.