You are here: Home / Cargo Work / Note of Protest vs Letter of Protest – Why, When and Differences between NOP & LOP 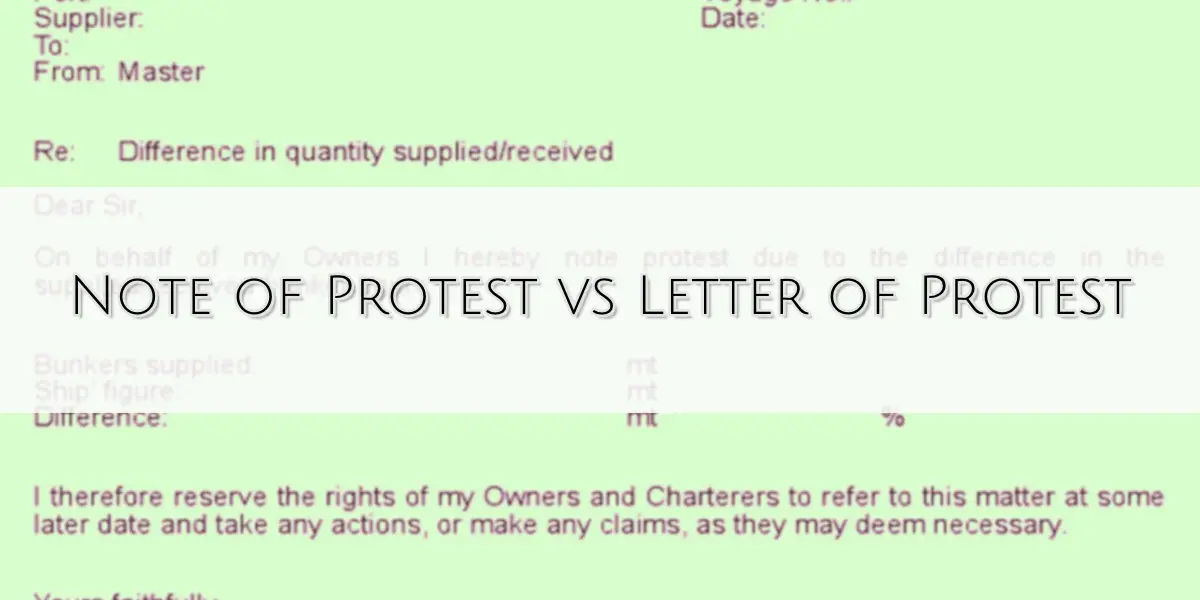 Note of Protest or a NOP is a solemn declaration made on oath by a Ship Master that circumstances beyond his control have or may have given rise to loss and/or damage to his ship or its cargo or have caused him to take action which may render owners liable to legal action by another party.

When to Note Protest?

How to make Note of Protest (NOP)

Contact the agent and seek his assistance as the NOP is to be made before a person in a capacity of rotary or somebody who is legally empowered.

Total 3 originals of NOP are required:- 1 Original for the vessel and 2 originals for the shipowner.

Protest should be noted as soon as possible certainly within 24 hrs of the arrival in port and in the case of cargo protest before breaking bulk. Witnesses signatures may be required. Supporting documents required: 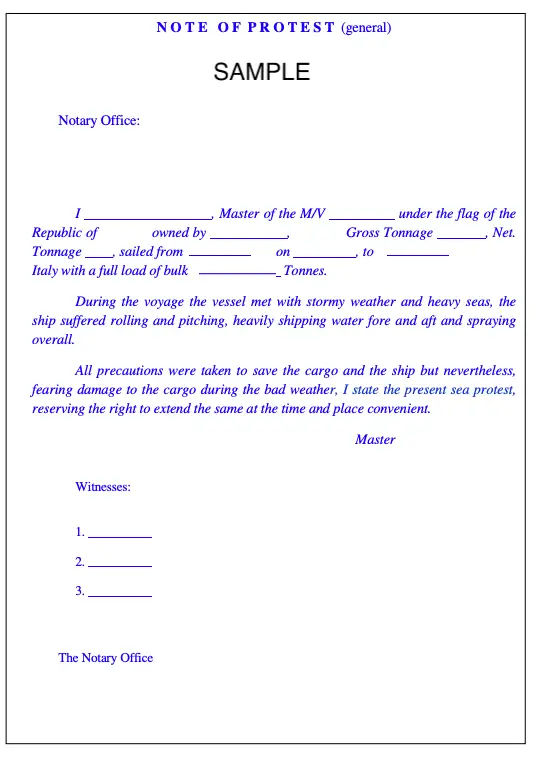 Why make Note of Protest

It is for the reason that NOP is readily available and can be used in courts for arbitration purposes at a later date if required.

An LOP is a written communication intended to convey and record dissatisfaction concerning some matter over which the recipient has some control and holding the recipient responsible for any legal or financial consequences arising out of the subject matter being complained about.
It is always addressed to a named party. If the recipient refuses to sign LOP, then another LOP can be issued stating that the presented LOP has not been signed.

When to make Letter of Protest (LOP)? 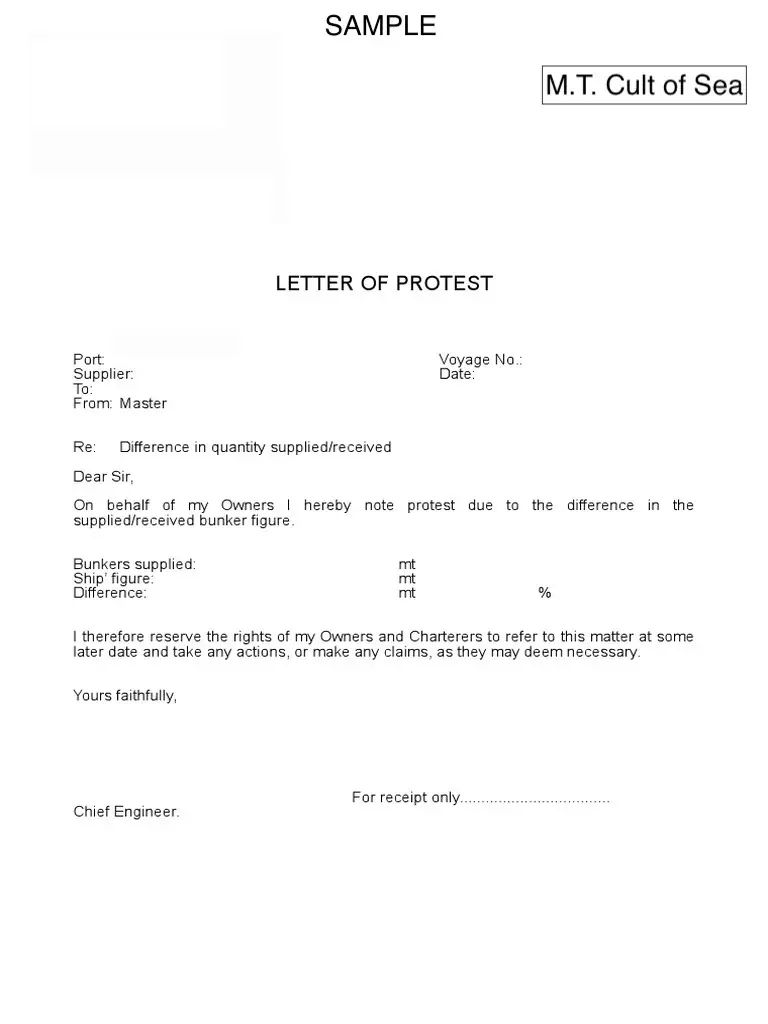 Related Article:   BLU Code - Code Of Practice For The Safe Loading And Unloading Of Bulk Carriers