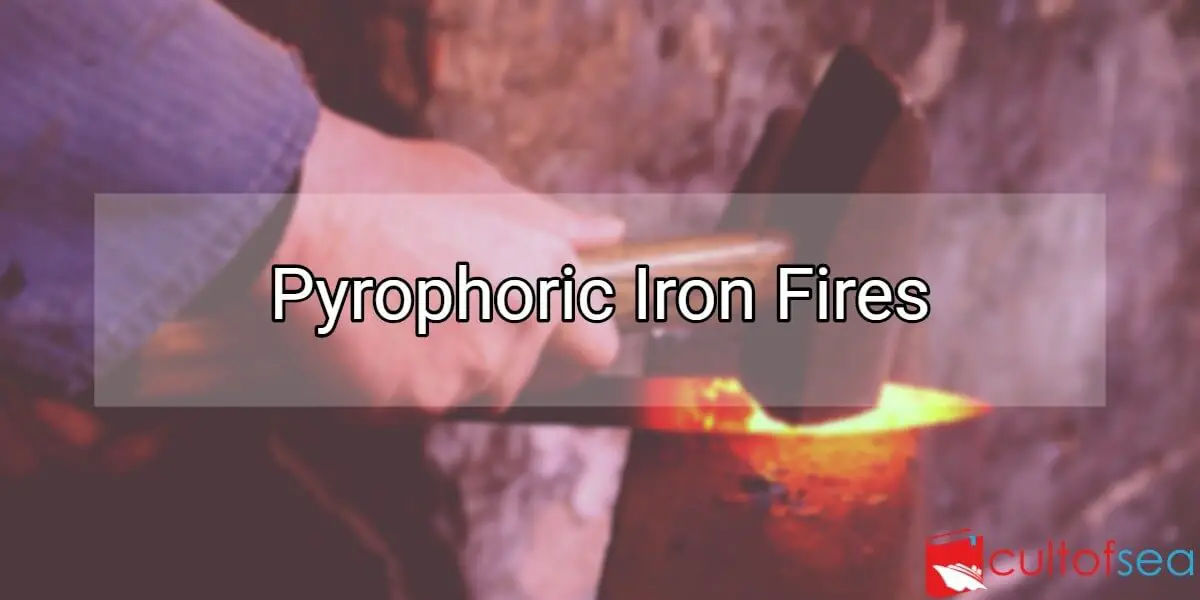 At one time or another, most refineries experience spontaneous ignition of iron sulphide either on the ground or inside equipment. When this occurs inside equipment like columns, vessels, and tanks and exchangers containing residual hydrocarbons and air, the results can be devastating.

Most commonly, pyrophoric iron fires occur during shutdowns when equipment and piping are opened for inspection or maintenance. Instances of fires in crude columns during turnarounds, explosions in sulphur, crude or asphalt storage tanks, overpressures in vessels, etc., due to pyrophoric iron ignition are not uncommon.

What is Pyrophoric Iron Oxidation? 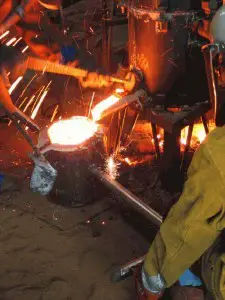 The word “pyrophoric” is derived from the Greek for “fire-bearing”. According to Webster’s dictionary, “pyrophoric material” means “any material igniting spontaneously or burning spontaneously in air when rubbed, scratched, or struck, e.g. finely divided metals”.

Iron sulphide is one such pyrophoric material that oxidises exothermically when exposed to air. It is frequently found in solid iron sulphide scales in refinery units. It makes no difference whether these pyrophoric sulphides exist as pyrite, troilite, marcasite, or pyrrhotite. It is formed by the conversion of iron oxide (rust) into iron sulphide in an oxygen-free atmosphere where hydrogen sulphide gas is present (or where the concentration of hydrogen sulphide (H2S) exceeds that of oxygen). The individual crystals of pyrophoric iron sulphides are extremely finely divided, the result of which is that they have an enormous surface area-to-volume ratio.

Related Article:   BLU Code - Code Of Practice For The Safe Loading And Unloading Of Bulk Carriers

When the iron sulphide crystal is subsequently exposed to air, it is oxidised back to iron oxide and either free sulphur or sulphur dioxide gas is formed. This reaction between iron sulphide and oxygen is accompanied by the generation of a considerable amount of heat. In fact, so much heat is released that individual particles of iron sulphide become incandescent. This rapid exothermic oxidation with incandescence is known as pyrophoric oxidation and it can ignite nearby flammable hydrocarbon-air mixtures.

Basic chemical reactions: Iron sulphide is one of the most common substances found in refinery distillation columns, pressure vessels, etc. It is formed by the reaction of rust or corrosion deposits with hydrogen sulphide as shown below:

There is a greater likelihood of this reaction occurring when the process involves a feedstock with high sulphur content. This pyrophoric iron sulphide (PIS) lays dormant in the equipment until the equipment is shut down and opened for service, exposing the PIS to air, allowing the exothermic process of rapid oxidation of the sulphides to oxides to occur, as shown in the equations below:

The heat usually dissipates quickly unless there is an additional source of combustible material to sustain combustion. The white smoke of SO2 gas, commonly associated with pyrophoric fires, is often mistaken for steam.