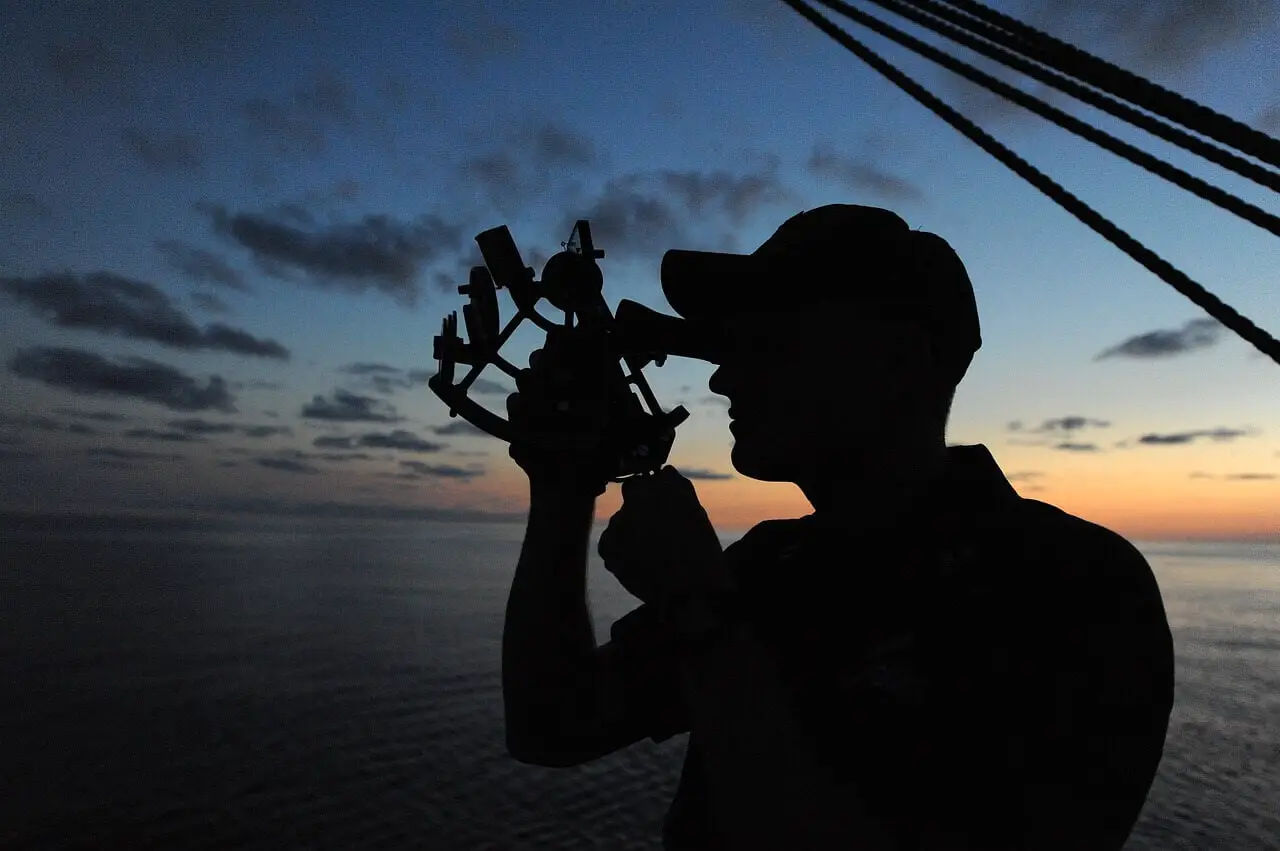 A sextant is merely an instrument that measures the angle of a heavenly body (star, planet, sun and moon) makes with the visible horizon or the vertical or horizontal angle between two terrestrial objects. It derives its name from the arc at the bottom which is one-sixth of a circle. The principles of a sextant are easy to master but its use requires some skill and practice. Small errors make for large discrepancies in one’s position. 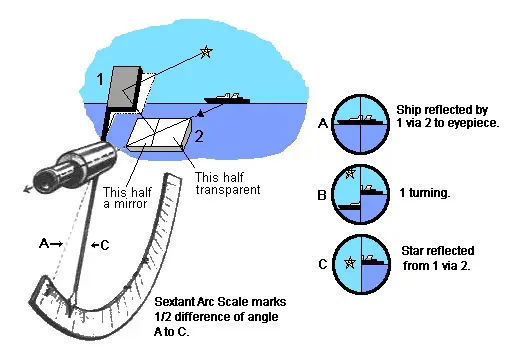 The trick is to make the celestial body just brush the horizon by a sweeping motion by the wrist – and herein lies somewhat of a knack.

The principle of Marine Sextant 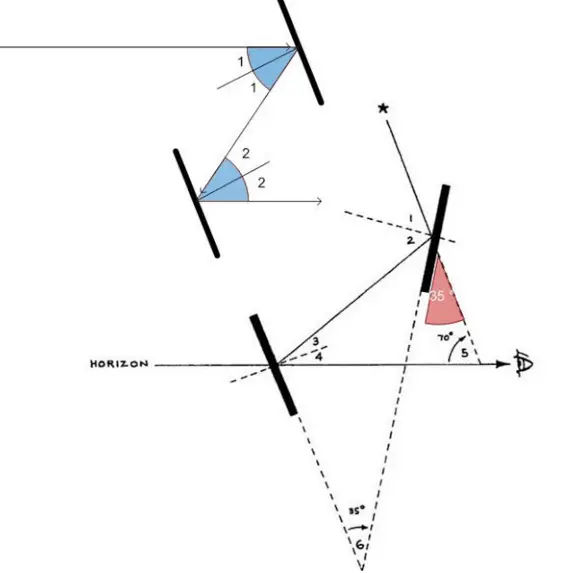 Double Reflectivity depends upon the principle that the angle of incidence of a ray of light equals its angle of reflection (angles 1, and 2 in blue above when the mirrors are parallel). When the mirror is rotated away from the parallel, the total change in the angle of reflection from the rotated mirror is twice the amount of rotation (angles 5 and 6). If a body is 70 degrees above the horizon one of the parallel mirrors must be displaced by 35 degrees in order to send its reflected light rays through the peephole.

The sextant basically consists of a telescope, a half-silvered horizontal mirror which the telescope “looks” through and a moving arm on which the index mirror is fixed. By manipulating this arm a star or other celestial body can be made to appear on the horizon. Accurate adjustments are made by means of a micrometer knob. The angle can then be read off the arc and micrometer. The shades are to use when the object being looked at is bright – such as the sun.

To use the sextant the telescope must be focused on the horizon. The celestial body to be observed, found and the sextant aimed at it. Bring the body down to the horizon by moving the arm along the arc and then clamp the arm. Using the micrometer knob make small adjustments while gently swaying the instrument slightly from side to side until the heavenly body just brushes the horizon. 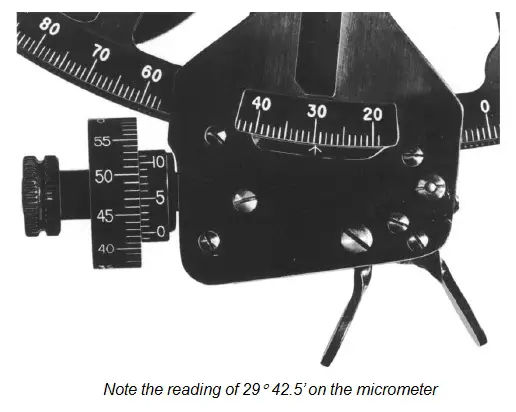 When this is achieved instantly make a note of the time, seconds first, then minutes and hours, then the name of the body and its observed altitude. Every second of time counts – an error of 4 seconds equates to an error of a nautical mile in the position.