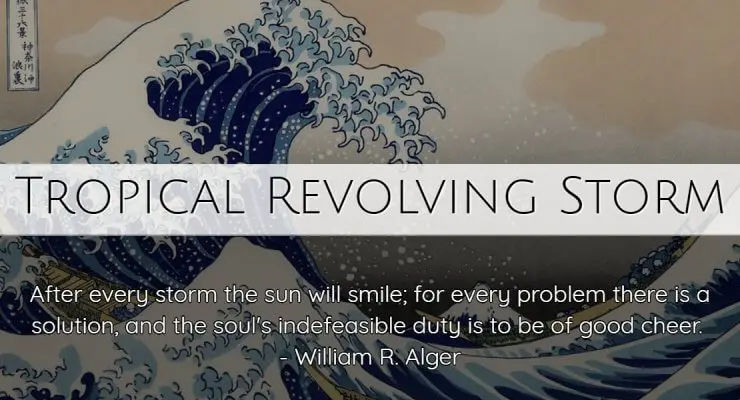 TROPICAL REVOLVING STORMS A tropical revolving storm or a TRS is a storm system with a low-pressure centre, around which winds of gale force (34 knots or force 8) or more blow spirally inwards, anticlockwise in the Northern Hemisphere (NH) and clockwise in the Southern Hemisphere (SH). TRS is common in various places in the world, but they can be called as below: “Cyclones” is used in the Bay of Bengal and the Arabian Sea. “Hurricane” is used on the western side of north Atlantic and south Pacific. “Cordonazo” is used on the eastern side of North Pacific. “Typhoon” is used on … END_OF_DOCUMENT_TOKEN_TO_BE_REPLACED