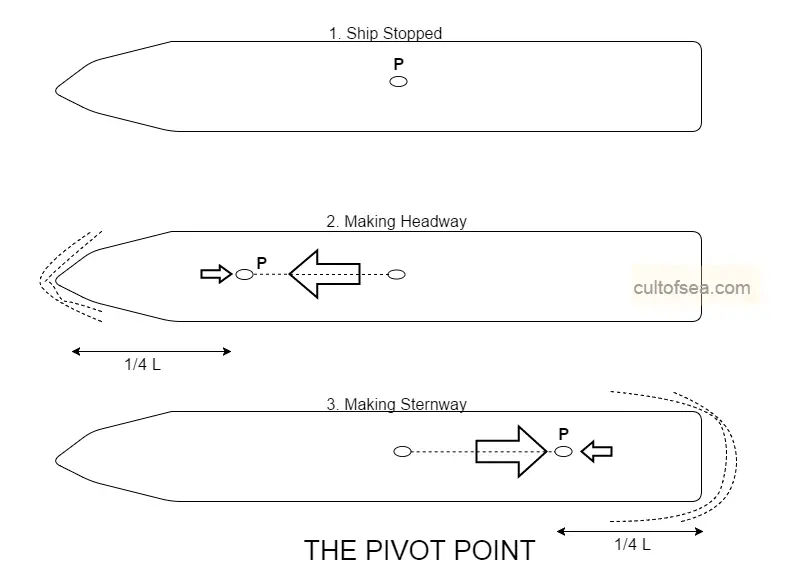 A Pivot Point is a central point on a vessel which remains fixed as the bow and stern swing around it. Fixed is not really correct, because it moves forward or aft as the vessel moves through the water as stated below: 1. Ship stopped Unless stated otherwise. Each example assumes a ship on an even keel in calm conditions and still water. In this situation, no forces are involved and the ship has a pivot point coinciding with its centre of gravity approximately amidships. 2. Making Headway Two forces now come into play. Firstly the forward momentum of the ship and secondly, longitudinal … END_OF_DOCUMENT_TOKEN_TO_BE_REPLACED