You are here: Home / Ship Handling / What is Transverse Thrust? 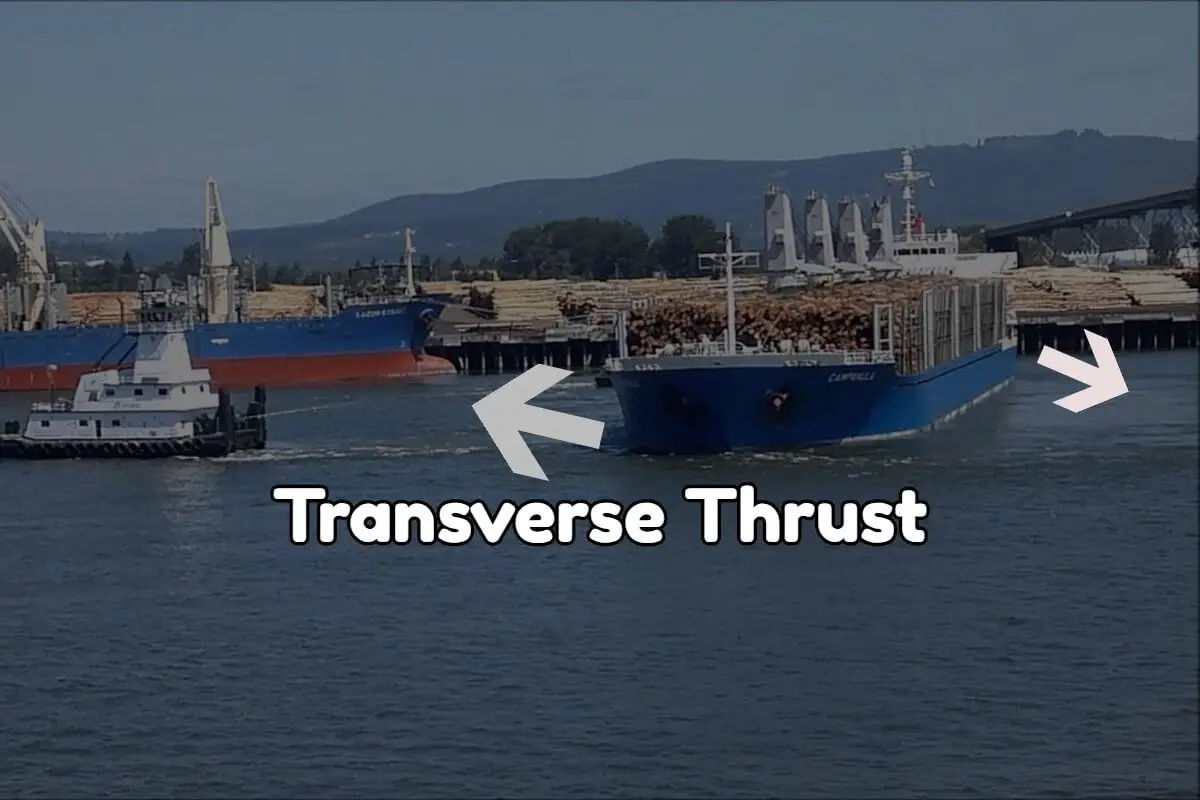 The force with which the water acts upon the propeller blades is not just in the longitudinal direction but also has an athwartships component. This is known as transverse thrust.

If we look at a ship with one right-handed propeller (i.e. the propeller rotating n a clockwise direction when going ahead and as viewed from astern) and the rudder on the centre line the following situation is the norm:
In the initial stages of the ship getting underway, the vessel’s speed is low but the engine (and, therefore, the propeller) is at high Rpm ahead.
During this period, the transverse thrust is directed to starboard and the ship’s turns to port. Please note that as the depth increases, water pressure increases, therefore there will be difference in pressures on top and bottom of the propeller blade. This is due to the fact that the pressure from the water is higher on propeller blades in their deeper position than in their shallower position. As the water above develops turbulence and the air is sucked in which reduces the pressure on the top blade. As the ship gradually increases the headway, the turbulence is reduced and the pressure on the top blade increases.

The Top blades of propeller (right handed and fixed pitch / Clock wise direction) not only pushes water forward but also to the starboard. The bottom blades pushes the water to the port. As said earlier, due to differece in pressure on top and bottom of the blade, the bottom blade push to the Port would be greater than the top blade which is pushing to Stbd. The resultant push of water to the port will swing the ship to the Stbd at the aft and in turn directing the Fwd of the ship to Port. 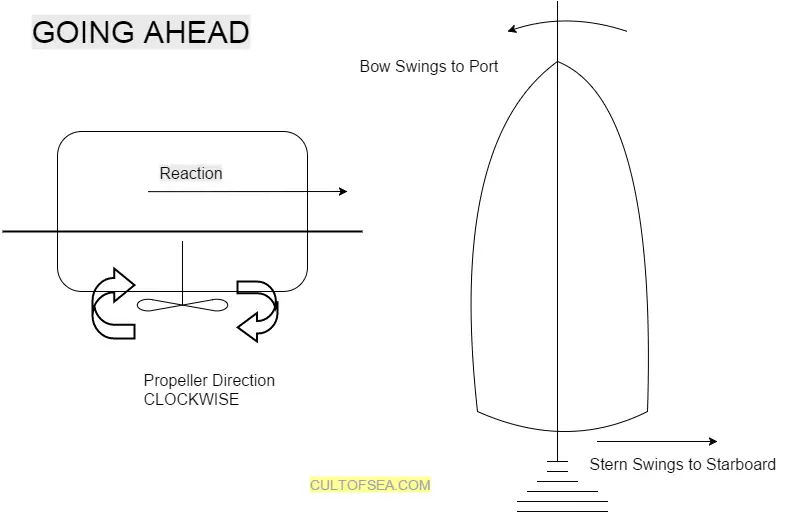 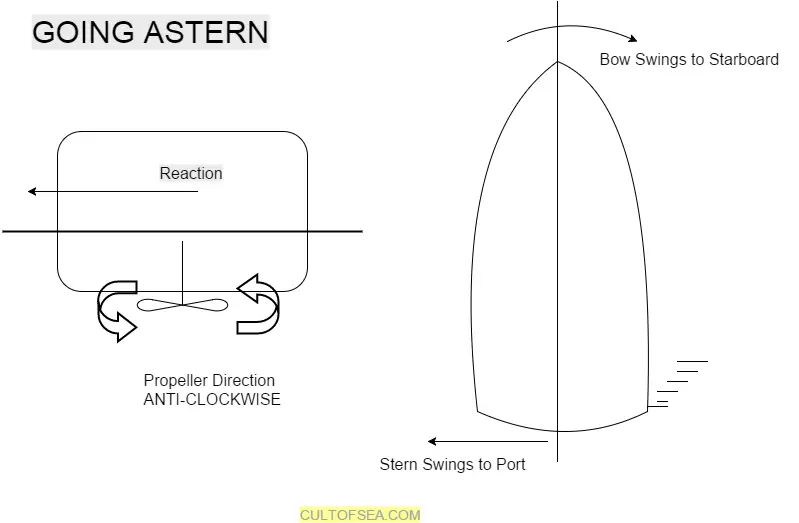